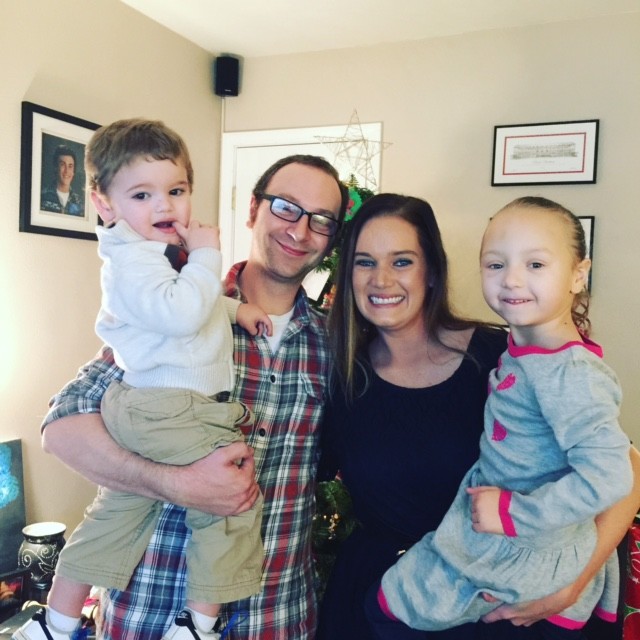 What a crazy holiday! If you are from the St. Louis area you will know that the Christmas holiday was definitely a wet one. There was creeks over flowing, rivers rising, and plenty of standing water to fill a few swimming pools. Over my little holiday break I spent some much needed time with my family. We got all of our holiday shopping completed, Christmas presents made and wrapped and were all ready for the fun.

I would say that the fun kicked off on my birthday (December 15th for those paying attention). My wife surprised me more than ever this year. For the last several months I had been casually joking about wanting to get a BB-8 Sphero. The toy looked awesome and is in my opinion some cutting edge technology. So over the last few months my wife Destiny had been saving up her extra money and when I got home from work on my birthday this year she had an awesome gift for me to open… A brand new BB-8 Sphero! I was beyond excited to have one of these in hand. I was also surprised that she actually found one this close to Christmas. Regardless she really surprised me. Something that has not happened in a long time in regards to my birthday. Thank you again Destiny, it was a truly amazing gift.

So after my birthday things starting picking up for Christmas. We got all of our shopping done so it was time to get everything wrapped and tucked away for Santa to bring back out in a few days. One thing I had planned on doing was taking my daughter and niece out to pick up gifts for all of their aunts and uncles. So one day that’s exactly what I did. They had so much picking out various things for everyone. Some stuff made sense, but most of it didn’t and that is part of the beauty of it. Sure it was mostly junk but the girls made a list and really thought about what they wanted to get for each person. They didn’t even ask for anything for themselves which was cool to know that they were not thinking about themselves. When we got home we started wrapping the gifts. The girls made name tags for almost all of the presents and we got them all wrapped up. It was late so we left them out which was a bad idea because Clark took it upon himself to open up a few in the late night hours with his teeth.

Clark didn’t destroy too many presents. Just a couple that were easy to replace. But the girls were a little shocked to wake up and see that someone had opened their presents. It was funny to say the least.

Christmas finally came and we had our yearly party at Destiny’s parents house. We may or may not have drank a little too much, but I won’t go into that story. I will say that it was a good time overall and the kids had so much fun as they always do. Santa Claus even stopped by for a visit! He was super cool and made sure all of the kids got a little special gift from the North Pole. Mammaw and Pawpaw are great and really made the kid’s Christmas morning. Of course me and Destiny did our part as well by having presents ready under our tree at home as well. The kids made out like bandits like usual so I do not have any complaints in that department. 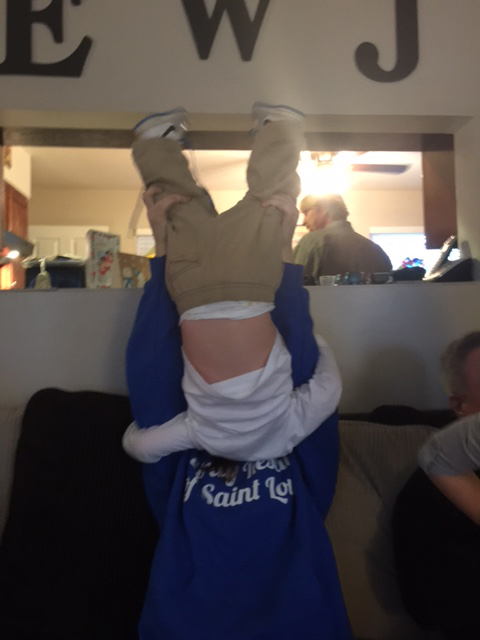 The day after Christmas was my side of the family’s Christmas party. This year we had it at my brother’s house. It was a lot of fun. This year us adults played a few games like we do every year. This year we played our standard 5 five rounds of scratch offs. My sister was the big winner with two $25 winner tickets. We made out with $4 and 2 free tickets. The other game that we played was a Rob Your Neighbor game but instead of a standard present we brought booze. My brother ended up losing everything he picked but that’s just how things roll when your playing Rob Your Neighbor.

After the party we went back home and I got ready to go out with my cousin to go see Tarantino’s latest movie The Hateful Eight in it’s glorious 70mm Ultra Panavision. I was surprised that St. Louis actually had a theater that could show 70mm. So I was really stoked to learn my cousin picked us up tickets for the roadshow. The movie itself was just a little over 3 hours long, but with the overture and intermission, it really broke up the length of the movie and made the experience that much more enjoyable.

New Years Eve was hosted by my awesome brother and sister in-law and it was a great time. There was plenty of food, a roulette table, drinks, music, and a lot of family fun. It was a fantastic night and I am happy to bring in the new year with these great people.

So, it’s the new year and I am more than ready for it. I  will more than likely have an end of the year wrap up post and then a what to expect post for the new year. So be on the look out for those here in the next few days. If you have had a chance to check out StLouisDad.com Instrumentals Vol.5 I highly suggest it. There are some great royalty free tracks in those downloads! If that isn’t your cup of tea then may I suggest checking out this latest video from Abby Doodles TV!