All new parents wake up on day one of parenthood with an overly obsessive fear of everything. That’s how worried we are about something happening to our precious little bundles of muscle. And rightly so. But as your baby grows into a toddler and beyond, the threat of life and injury becomes less directed at them and more aimed at dad. 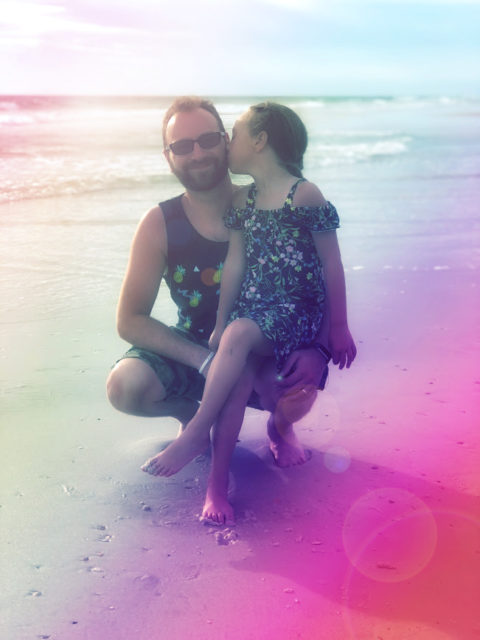 Nothing can prepare you for the relentless onslaught of injury that comes with the dadhood territory. The physical toll it takes on our bodies doesn’t get talked about enough, which is worrying because being a dad should come with a safety warning. A bright yellow and black sticker or something.

That’s sort of what we’re hoping to do. We’re going to share some of the most common dad injuries in the hope you’ll be able to dodge, dip, dive, duck and dodge them as best as possible. Good luck out there.

Babies may be small in stature but they weigh more than a cartoon anvil, which means your attempts to selflessly rock your baby to sleep in order to win the right to watch have a beer later on in the week with the boys come at the cost of not being able to lift a beer. Such is the pain of holding a baby in a static arm-curl position for forty-five minutes as they pull on your nose hair and scratch your face out of tired frustration. Forget gyms, this is the real test of muscular endurance.

Whether you want to make your baby laugh on demand or you want to stop them from crying, the go-to dad move is throwing them in the air (and catching them, obviously). It’s the heroic move we dads endure so that no one has to put up with the sound of a screaming banshee. The reason we call it heroic is simple: it’s one tough move for your body to make. Plyometrics we think it’s called, and it will have you calling the MyHealth Care Centre three times a week in the hope of getting a chiropractic appointment. If you’re in great shape, then good for you. But given you’re a dad, chances are you’re not and that’s when this sucker will take you by surprise. Basically, avoid doing it.

How many adorable pictures of dads carrying their toddlers on their shoulders have you liked on Instagram since you signed up? That’s because it is adorable. It’s the signature dad move. And for the first minute and a half, it’s one of the most amazing bonds a dad and his child can have. But then the strain and burn comes in and you start to think, “what have I done?” The problem is, once your kid is up there, they are up there for a half-hour, which is problematic because, in order for them to get comfy, we have to push our necks forward for them to have a comfy seat. It’s the vulture pose and it is agony, the kind that will leave you watching Netflix for the rest of summer. The point is: baby carriers were probably invented by a dad and probably invented because of this move. Buy yourself one.

Late Valentine’s Day Gift Ideas That She Will Love

One thought to “Common Dad Injuries You Need To Know About”