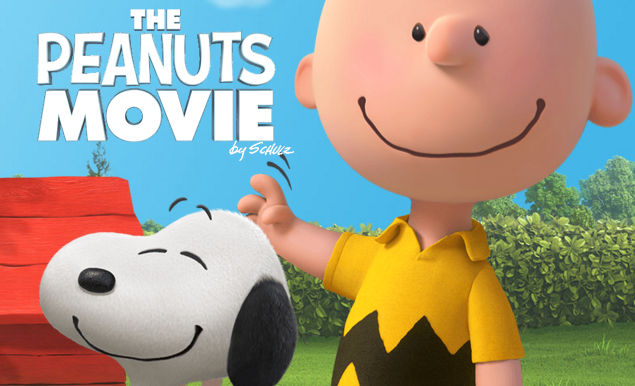 Today I surprised my daughter with a trip to the movies to see The Peanuts Movie. Yesterday she had told me that she wanted to see it and I had told her that going to the movies is expensive and that daddy could not afford it. She then said “we never have any money”. It broke my heart when she said that, and while she is right, she is also wrong. We try really hard to budget and keep extra spending to a minimal. That doesn’t always happen. Today I dipped into the funds I earn from illustrating. It’s not a lot but it is extra money that I keep aside for special occasions.

So I talked with my wife about taking her to see the movie and Destiny was actually really excited and encouraged me to take her. So I looked up the times and figured a very early show would do as they are cheaper. I told Abby this morning to get ready and that we were going to run an errand. She likes tagging a long but typically if it’s an errand she knows it will be a little boring, but she goes anyway. The entire drive there she kept asking where we were going and I wouldn’t say a word. She had never been to the theater I took her too either so she did not know what the place was when we parked. Once we got inside she started to get really excited seeing all of the posters and cardboard cutouts, and once I asked for two tickets for The Peanut Movie she knew exactly where we were and was super excited. 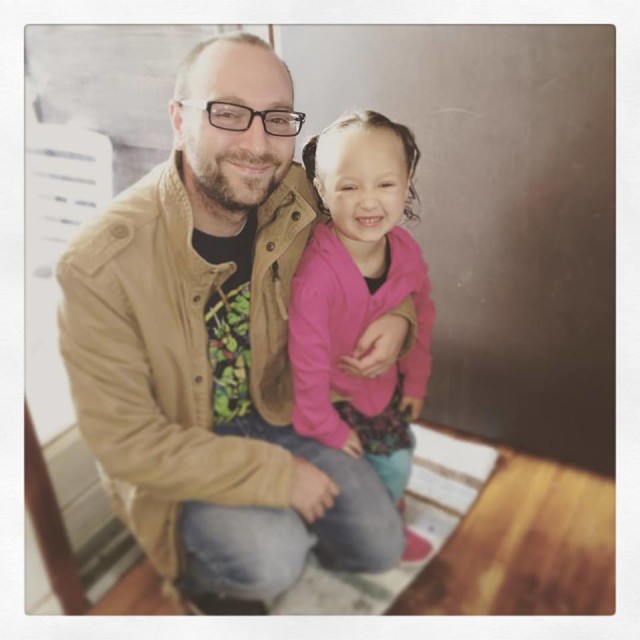 We got some popcorn and a drink and found our seats. We had the cool lounge chair seats and Abby loved being able to kick her feet up and relax while watching the movie. She got a little wiggly towards the end of the movie but she remained in her seat and was very good through-out the entire movie and only needed one bathroom break. 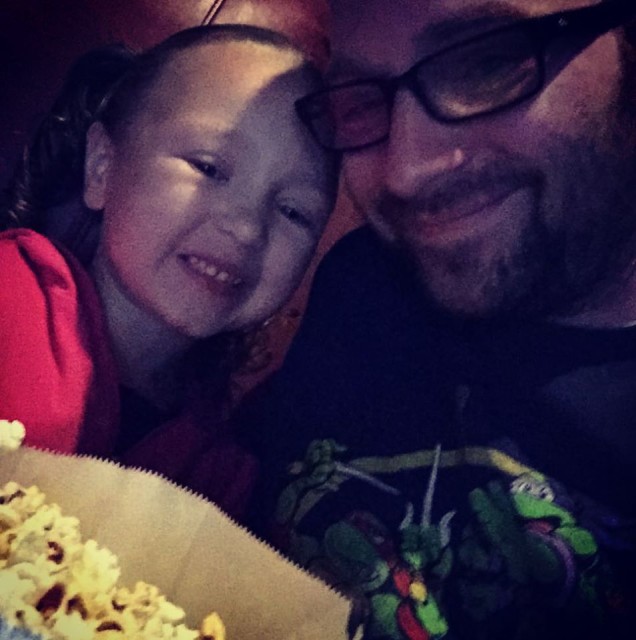 The movie itself was very cute. As an adult who grew up watching the various Peanuts cartoons I really enjoyed the movie. It has the same type of story line and of course Charlie Brown messes up things right and left but it ends beautifully. The animation was great. Blue Sky did not get as detailed as they have in the past on Ice Age or Rio but the style they used in The Peanuts Movie fit perfectly and was great. I really liked how they used some traditional animation to add to the cgi animation.

All in all, the movie was a 4 out of 5 on the St. Louis Dad rating scale. The voices and animation were spot on. The story could’ve used just a little bit more but when it comes to Peanuts the story is usually not as epic as you would expect. It was a fantastic day to take my beautiful little girl out on a daddy/daughter date. I hope we get to spend some more days like today together. I seen trailer for a new Alvin and the Chipmunks sooo, maybe we will go see that in a few months.

All Aboard the Great Pumpkin Express