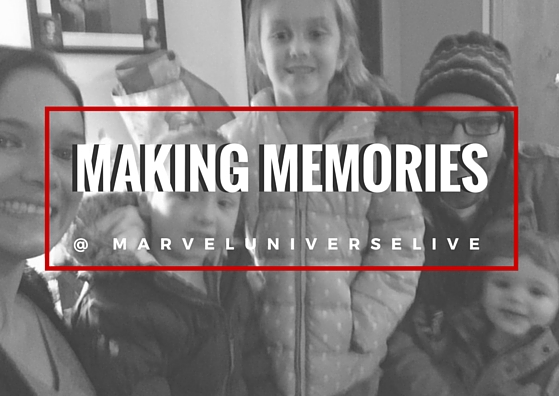 Last night we had the excellent opportunity to see Marvel Universe Live at the Scott Trade Center in downtown St. Louis. Our little group consisted of me, my wife Destiny, my daughter Abby, my niece Madi, and my son Alex. After parking we headed towards ticket pick up to grab our tickets. The girls were excited to have their tickets scanned when we entered. After entering the Scott Trade Center we went off to find our seats. It didn’t take very long to find Section 110 Row U, seats 3-6. The seats were awesome. We could see everything directly in front of us. We also had a safety bar in front of us, so the kids did not have to bother anyone that would’ve been seated in front of us.

Since we arrived a little before the show started we decided to check out all of the cool booths that were setup. There were so many different concessions. Snow cones, popcorn, candy, toys, and more. The price on many of the items was in line with your typical pricing found at sporting events. We decided on some popcorn that came with a cool Marvel hat and a soda souvenir cup. I also had to have some nachos so I grabbed a nice tray of them. We went back to our seats just a few minutes before the show started. 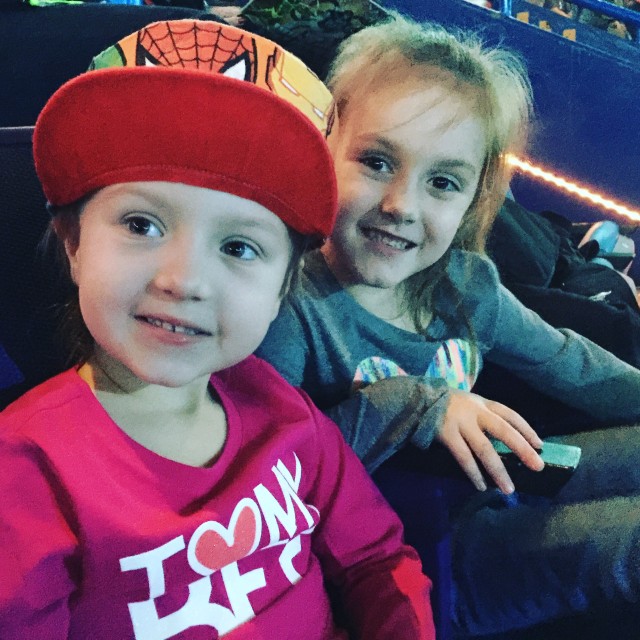 The show itself was spectacular to say the least. All of The Avengers came out and hatched up a plan to stop Loki along with a multitude of other villains from the Marvel Universe. It was awesome to see all of the various characters out doing their thing. The effects were spot on and you could not help but join in and cheer when some amazing stunts took place. I am being vague when I describe some of this because I do not want to spoil the show for you. It is definitely worth checking out while it’s still in town. If you are elsewhere and happen to be reading this, find out when Marvel Universe Live will be near you by clicking here. 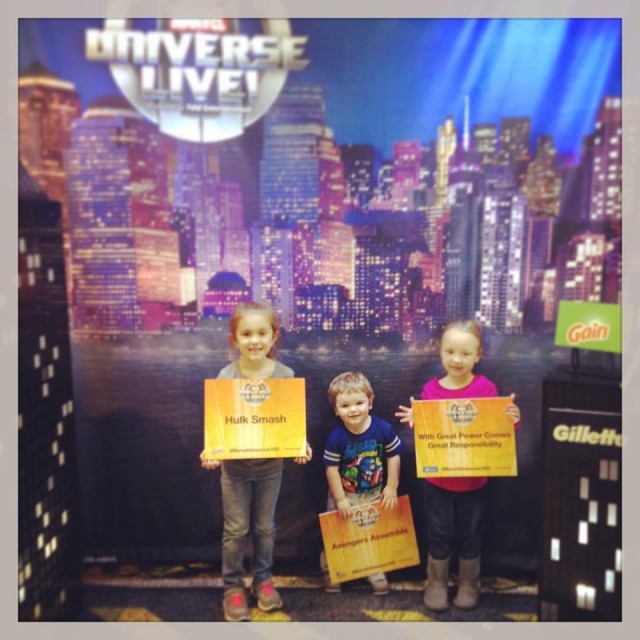 After around 40-45 minutes the show broke for about a 15 minute intermission. The second half of the show really kicked everything into high gear as The Avengers moved closer to stopping Loki and all of the villains. Near the end of the show there was an incredible appearance by a big named Avenger that I think just steals the show.

All in all our family had an amazing time at this event and we all recommend checking it out. The girls were talking about the show all night and even this morning. When they would say one character was their favorite they would then list off another that was even cooler. Each character got to shine that night. Including Captain Marvel (Carol Danvers) and Black Widow (Natasha Romanova), the girls really enjoyed both of them but I think they could have added just a bit more for Captain Marvel. She is an awesome character but in the show I think some of the bigger names got more of the spotlight. That’s okay, her movie is going to be amazing when it’s released.

Me and my family would like to thank Feld Productions and Marvel for putting on a great show! We hope to see the Marvel Universe return to St. Louis next year.

St. Louis Dad was provided with tickets for this event in exchange for this review and promotion of this show.

Spend a Day at The St. Louis Renaissance Festival!