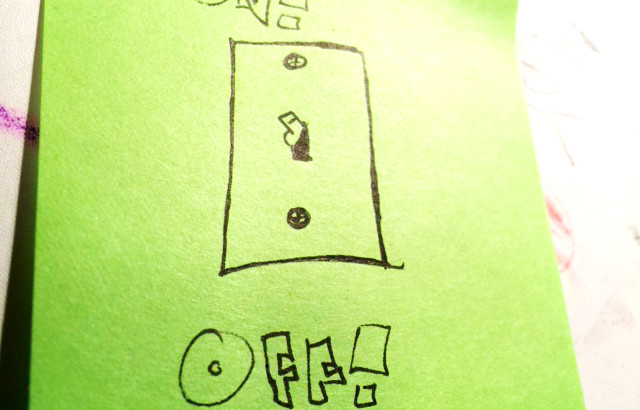 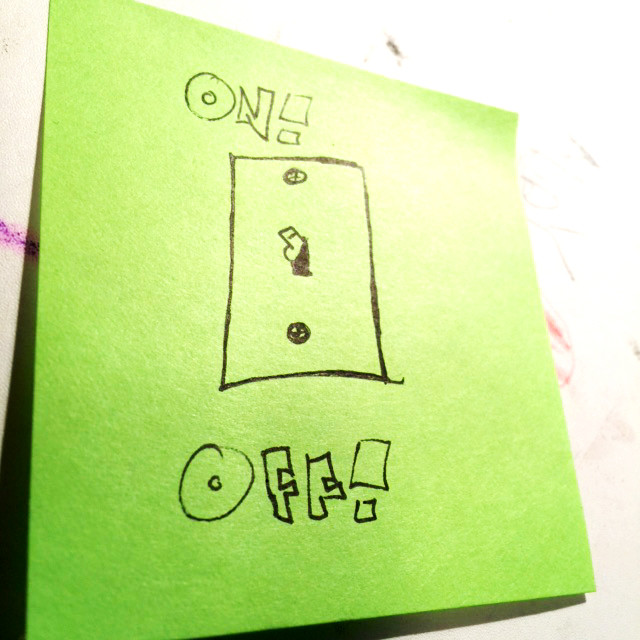 My wife and I had a rare night alone together. My sister kept both of our kids and so we got to sped a quite night watching some movies and working on a few of our own projects. The next morning we decided to go to our favorite Waffle House and grab some brunch. We got to sleep in after all so we took full advantage of that.

Our meal was delicious as usual and while we were finishing up an adorable little boy ran past and his mom was behind him. My wife smiled and asked how old he was and the young mom said “three”. Then she added, “it’s like a flip of a switch and now he’s just so wild.” We laughed and my wife said that we hope our little Alex will flip a switch and reign it in some when he hits three next year. A few other pleasantries were said and then they took off. Us not soon after.

I am hoping that a switch might flip sooner rather than later. Later in the day we picked up Alex and took him to the store with us. He was good at first but after going around a few aisles he started getting a little wild. He would add several toys to the cart. We would put them back and he would add them again. We would put him in the seat of the cart and he would try to climb out, so we would let him walk.

I know what he is doing is perfectly fine. He’s not being a real monster. He’s not tearing down shelves or screaming like a banshee. He just moves a little more quicker than us, and I like to exaggerate a little. He is learning though. He tests us and cries trying to get what he wants. We’re seasoned parents and don’t budge on his demands. We don’t negotiate with toddlers. Okay, I’m laying about the last part. I think a lot of parents do, but I think we all would rather not admit it.

All in all our night off was great. Our morning off was even better. We actually got to sleep in. Little breaks like that helps us parents unwind and recharge for the next few months of up and down, chasing, cleaning, cooking, playing, and more that will be done with the kids until we have our next night off. Until then my friends, until then.

One thought to “A Flip of a Switch”