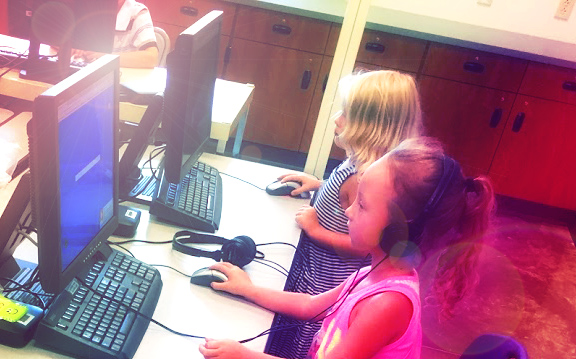 Coding is fast gaining popularity with more parents wanting their kids to get into it, and why not? It’s a great career filled opportunities and good money. HTML, Java, CSS, etc., sound so complicated and to imagine that young minds that work with seems so absurd, right? But due to help from YouTube, coding camps, websites, it’s quite possible.

When your kid learns to code, he/ she is basically learning how to speak and write in a computer’s language. This language (code) will help them build websites, video games, applications, etc. A little complicated but very interesting.

INTRODUCING YOUR KIDS TO THE WORLD OF CODING

Here are some ways using which you can get your child interested in coding and experience the joy of programming.

Don’t we like to know what any course or business is about before we actually dip our fingers into it? In the same manner, your kids would also want to know about coding. Now, you’ll have to explain the world of coding is really simple terms so that they can get a gist of it. Remember to make it sound as fascinating as you can for the little mind.

Every kid loves to play games or with toys. Here, half of your battle is already won. The games are designed in such a manner that kids, from just four- years old can understand and play them. There are different games and toys related to coding, for different age groups. Robot Turtles, Dash & Dots, etc. are great examples of such games.

In the world of video games, traditional board games and toys still haven’t lost their appeal, and in our case, are really effective in making a child interested in coding.

There are such amazing books on coding available in the market right now that will leave you amazed! Appropriate for children above the age of seven, these books explain everything code in a very efficient and understandable manner. They contain information, little tests, tricks, etc., which can really help your child understand code better.

“Coding for kids should be introduced as young as possible. Not only does it teach skills that will be immediately relevant in tomorrow’s job market, it helps strengthen skills in a number of corollary areas such as math, reading, spelling, and problem-solving. Later on it will help kids develop skills in geometry, trigonometry, statistics, data analysis, physics, and more.” according to David Dodge, CEO of Codakid

There is a huge chance that the aforementioned steps might backfire. But you don’t need to lose hope. Kids find robots really interesting and often have a lot of questions about this ‘not-breathing-but-realistic’ device.

When your kids start asking about their functioning then you can relate it to code. This will surely make them listen. Best part? There are tiny, cheaper robots available in the market.

If your kid shows interest and wants to learn more about coding, then he’ll definitely want to practice it. You don’t need to splurge on a computer, you can opt for the inexpensive variety and install an operating system in it. They can teach themselves programming language on it, by watching videos/following steps on website blogs, etc.

Every parent wants the best for the child and there’s nothing wrong with trying to generate their interest in coding. That being said, if your child doesn’t develop interest then they shouldn’t be forced to do what they don’t want to. But, if they fall in love with it? Mission accomplished.