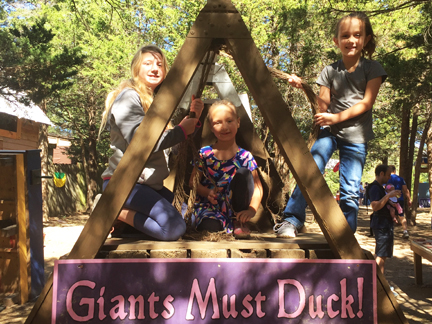 Whenever I think of the renaissance, I think of the greats like Michelangelo, Raphael, Donatello, and Botticelli. None of them are Ninja Turtles either. I’m talking about the time of kings and queens. When pirates did more than set their sails on the internet superhighway. Some of my favorite movies are set way back in ye old time.

Surprisingly I have never been to the St. Louis Renaissance Festival in the previous 18 years it has come to town. This year I was invited to bring my family out and see all of the fun I am missing and then write what I thought. I’ll just cut to the chase and say that if you have never been to the festival, you should go, if you have been, you should go again. There is so much to take in that I hope I can do it all justice here.

The festival is located at Rotary Park in Wentzville. Parking is free but there is admission to get into the renaissance faire. There is so much to do that you could spend an entire day experiencing it all. When we entered the festival we were greeted by an absolutely amazing atmosphere that takes you back in time, except you still have cell service. The setup for the faire was interwoven between the trees of the park. The setup crew did a fantastic job putting everything together. Various shops and food spots scatter the entire region. Everything is separated into areas based on a theme. Pirates, gypsies, royalty such as kings and queens, knights, fairies, mermaids, and more all makeup the cast of characters you can find. 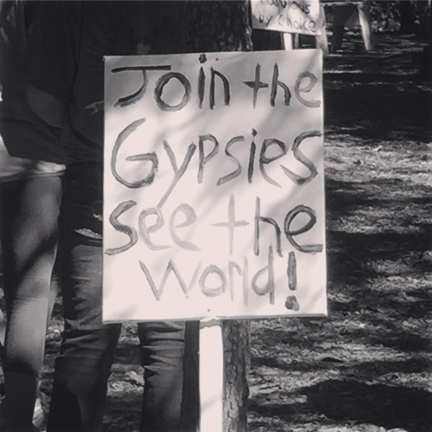 Stage performances, magic shows, dancing, music, and even jousting all take place at the St. Louis Renaissance Festival. Each event is just as cool as the next. The stage performances are interactive with the audiences and are hilarious.

One of the cooler things that the festival setup for the young kids is a quest for them to become knights and princesses. All they had to do was look out for these little signs and then visit with a pirate, wench, wizard, etc in the booth and from there they would show a trick, act a certain way, or give some history about their heritage. The kids would then get a stamp on their checklist and once they completed the quest at the end of the day they would meet the king and become a knight or princess. It is a great way to navigate through-out the entire faire and visit various spots and really experience the festival. 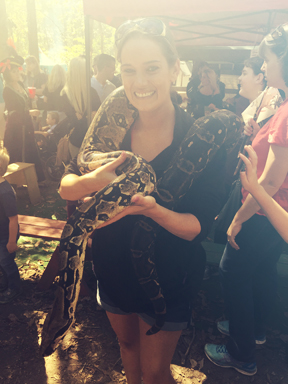 My favorite area in the festival was the petting zoo. There was a huge snake that Mrs. St. Louis Dad got to hold! It was so cool. The kids pet the snake and ponies and several other animals as well. They even got to see a real life dragon. It was a bearded dragon but it was still a dragon nonetheless. The food was fantastic and the turkey legs were plentiful. I had my fill of one right when I got there. My heart was set on one and I made it happen. Fried pickles, nachos, funnel cake, and much more were all on the menu. I would recommend bringing cash as most food booths only deal in cash. Most of the merchandise booths do accept card so save your cash for food and card for stuff if you must. There is all sorts of things to buy. Clothes, swords, jewelry, shirts, mugs or would those be goblets? I’m not sure but they had all sorts of cool things. We allowed the kids to pick out one thing a piece and they chose a sword, a flower headpiece, and a unicorn headpiece. We also picked up two small swords for our son and nephew just because.

The jousting event was incredible. It looks like it can hurt pretty bad getting stabbed with that joust and falling off your horse. Big props to both of the knights on all it takes to do what they’re doing. They had the crowd going wild. It was a great sight to see and the kids had a nice view seeing it all going down.

After spending several hours back in time the kids were tired and we headed out.

There was a few things that we missed out on that we would love to check out at another visit. We didn’t get to try out any of the meads (beers). Since we had the kids with us we didn’t want to drink any alcoholic beverages, but maybe on a kid free visit we can try out the pub crawl that they have, or just drink at our leisure. Also, just in case you had not realized, the Renaissance Festival isn’t just one weekend. It’s gonna be happening for a while and each weekend is a themed weekend. This weekend was Pet Fest. So attendees could bring their pups! We seen so many cute doggies today it was dog overload for my canine obsessed wife. Be sure to check out the website for more details about all of the event that are scheduled during STLrenfest!

The St. Louis Renaissance Festival is open weekends September 16 – October 15, 2017 10am-6pm Rain or Shine. Check them out at www.stlrenfest.com and on social media at @stlrenfest on all social channels!

St. Louis Dad was provided tickets to The St. Louis Renaissance Festival in exchange for an honest review.