We live in a digital world full of evolving smartphones and tablets that are continuously being upgraded and worshipped. Screen time and television are everywhere, no matter where you go and what you do as a parent, there is always a screen to be watched. Billboards are no longer just giant posters, they’re now interactive screens with digital displays fifty feet high. Restaurants offer tablets for children to play on while they wait for food. Children are some of the happiest customers around when it comes to television, especially when the children’s channels are on! Television has its merits; it can be educational and entertaining when the right show is on. The problem is where you need to decide how much television time is too much, and that right there is a very hard decision to make. 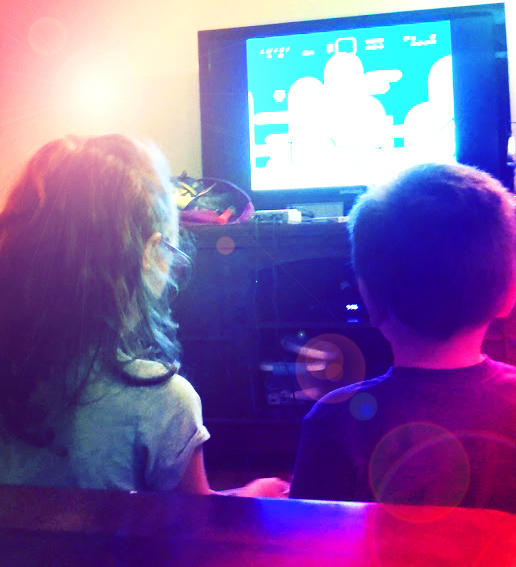 In life, you need to have a piece of everything in moderation. It’s why dessert comes after a savoury meal and not before; you need to eat the good stuff before you eat the bad stuff. When it comes to television in your home, you as the parent have the power to decide when enough is enough. Televisions come with off buttons, so there’s nothing stopping you from switching it off if you believe that your children are spending too much time watching. If you’d rather not have silence and a blank screen in the room at all times, then think about how easy it would be to have an aquarium screensaver to look at instead? There are so many issues that are linked between children and television consumption, from brain development stalling to childhood obesity. As a parent, you’ll frantically research everything and anything and come up with your own informed decisions about what your children are exposed to, but many parents don’t put too much thought into how the television can affect their children, and this can pose rather a problem.

In the first twelve months of a child’s life, their brain develops and triples in mass. Before the age of two, children pick up languages and other gross and fine motor skills, and the consistent usage of television can effectively ‘dumb’ your children down. Children who spend less time on the screens and more time out in the world and using their senses are often the happiest and most well-adjusted children out there. If you still want to use the television, by all means you should. You just need to learn how you can use it correctly so that you don’t end up with small zombies in the lounge! Nature shows and interesting programmes in engineering that show you the way that things work are perfect for children. Educational show can help them to develop skills without them noticing. Similarly, cartoons are a wonderful thing to enjoy in moderation. TV can never replace the time that you spend together as a family, but it can act as a radio to sing to you while you play Jenga!

One thought to “Television & Your Child: How To Keep A Balance”