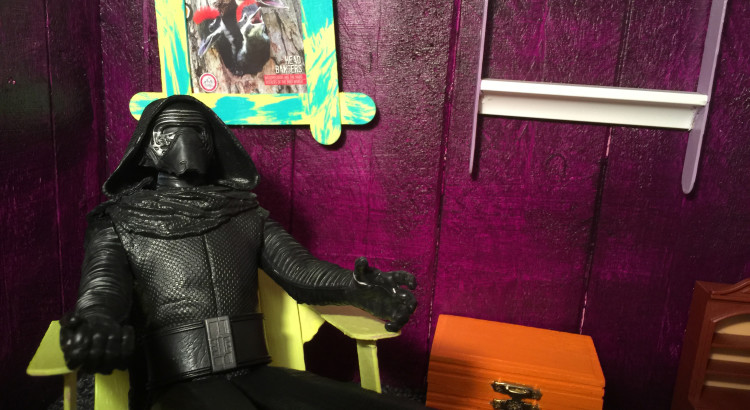 Trying to bring order to the galaxy is a hard job. Kylo Ren can make it look easy, but we know that Ben Solo has a softer side. In honor of Star Wars Day (May the 4th), Kylo Ren took some time out of his busy schedule to sit down with St. Louis Dad and talk about some of his favorite hobbies and activities he likes to enjoy when he has some downtime.

St. Louis Dad (dadstl): Mr. Ren, sir, thank you for having me here, let me first start by saying that I can’t help but notice how colorful it is in here.

Kylo Ren (KR): Well, there’s a lot more to me than all of this dark side stuff. People just don’t understand. One of my favorite pieces in this house is right behind me. It’s an original. 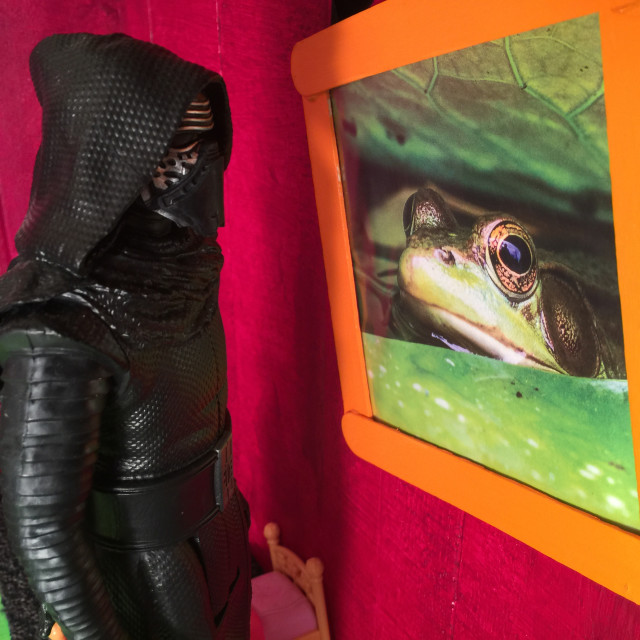 dadstl: How about this other picture of the frog?

KR: Chewie gave me that when I was 5. He mumbled something about it being a Dagobah period piece but I’m not sure.

dadstl: So you and Chewie were friends?

KR: (looks silently into the picture of the frog for 15 minutes and then says) Let’s roast marshmallows.

KR: No you imbecile, in the fireplace.

dadstl: Sounds good to me. 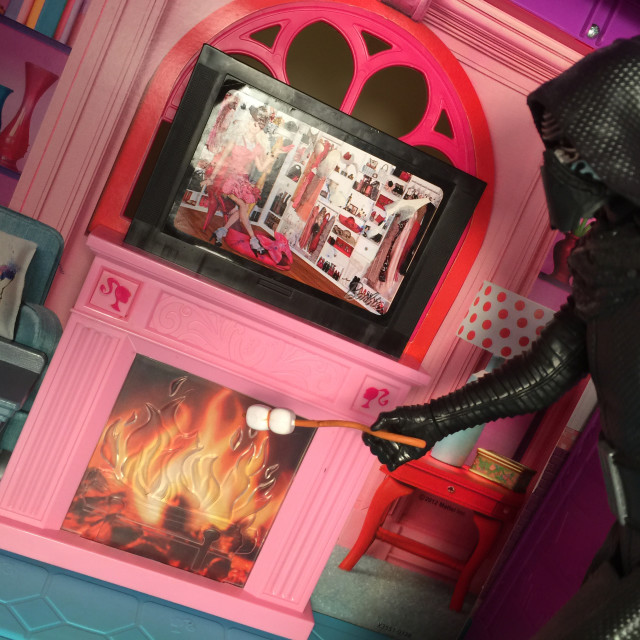 So we roasted some marshmallows and attempted to talk a bit about what else he likes to do during his free time. He gave short quiet responses to questions I didn’t even answer and genuinely seemed disinterested in the interview.

Then it happened. Kylo Ren turned to me and said that he would feel more comfortable if we continued this interview while he completed his night routine. He asked me to follow him into the bathroom so he could get his bath ready.

He was quiet as the tub filled and I honestly felt a little weird with him doing this in front of me. It was even weirder that he kept all of his clothes on while bathing.

If that’s his thing I’m not gonna judge, maybe he is a never nude. I dunno, I didn’t ask. 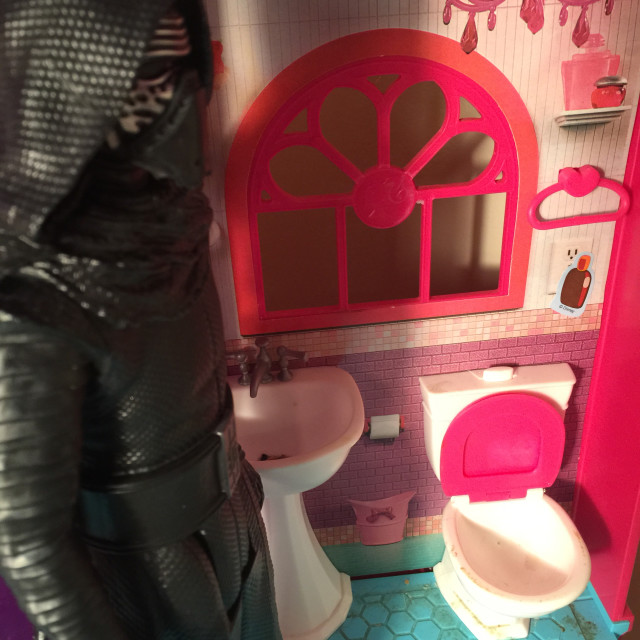 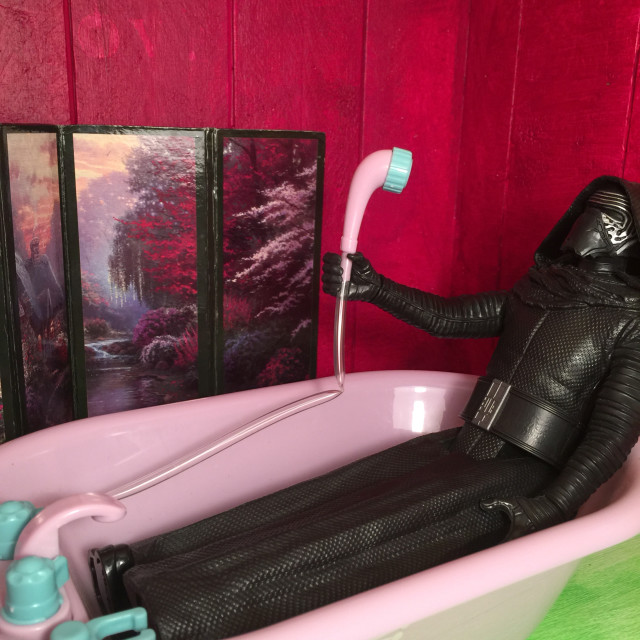 After bathtime was over, which by the way he wouldn’t answer a single question. He only played with the bubbles. That’s it. So anyways, Kylo Ren wanted me tuck him into bed and tell him a story. This is where I draw the line. I have my own kids, I am their dad. Just because you killed your own father doesn’t mean you get to use me as a replacement. Oops, spoiler alert. 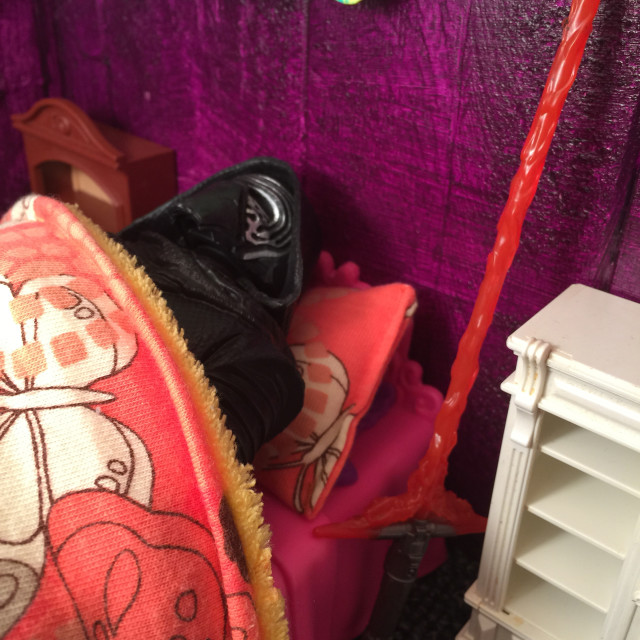 Hasbro provided St. Louis Dad with this awesome Kylo Ren figure. He is large and in charge. The figure also comes with Kylo Ren’s lightsaber which he can hold easily. The larger figures are great for younger kids that want to play with popular characters but may not be ready for the smaller pieces. You can pick up Kylo Ren and many of the other Star Wars characters at stores all over. 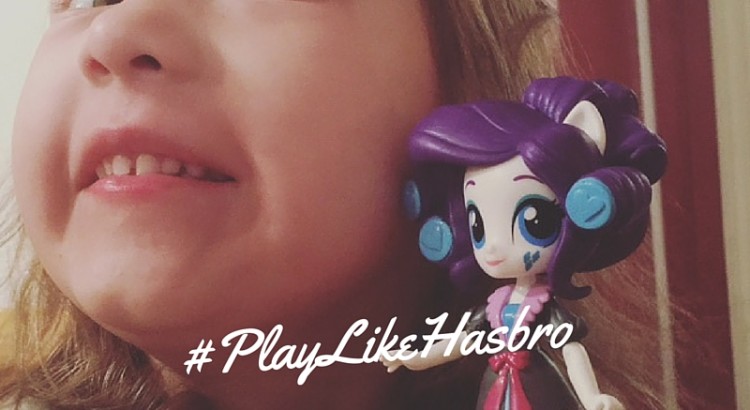 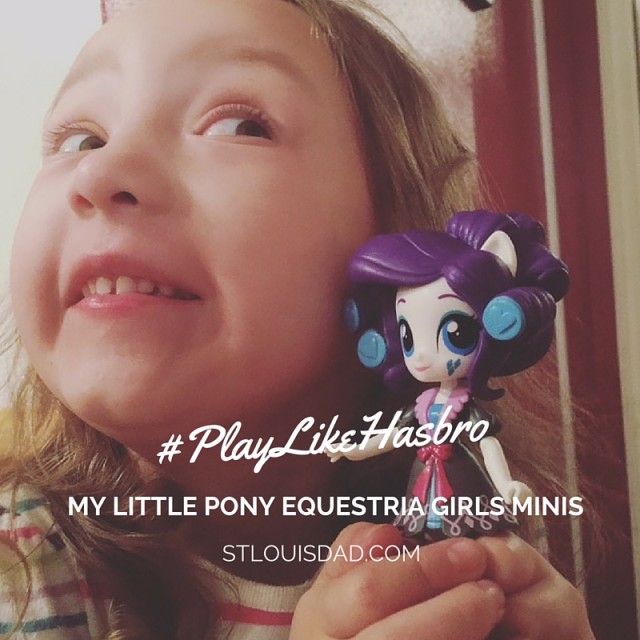 This dad isn’t a brony by any means, but I have seen the new My Little Pony Friendship is Magic cartoon and also the new Equestria Girls cartoons and toys inspired by MLP. While I don’t mind the show, it’s not my thing but my daughter… Oh boy does she like My Little Pony. When Equestria Girls came out she had to have them. Now that there are smaller, mini Equestria girls sets, she now has to have these as well.

Hasbro sent over one for my daughter to enjoy and for me to review (My Little Pony Equestria Girls Minis Rarity Slumber Party Beauty Set). My Little Pony is definitely a hit in our home and has brand recognition so I won’t go into detail about that, because we all already know just by name alone this toy will sell. But how about the quality… I actually think it’s fantastic. Hasbro puts some serious effort into their toys.

There isn’t a ton of articulation but there is enough for you to have some serious fun with the figure and pose it in various ways. The little accessories that came with Rarity all fit in her hands and are all also detailed very nicely. The set included several cool little accessories that fit with Rarity’s style and the theme of slumber party beauty set. I like the smaller size over the larger ones mainly for storage reasons. But I think the smaller size makes for more play opportunities with other toys as well.

What’s one of the best parts of a slumber party? Makeovers! Get ready to imagine makeup and dress-up fun with this My Little Pony Equestria Girls Minis Rarity Slumber Party Beauty Set. Imagine Rarity giving her friends great advice and sharing beauty secrets at a slumber party with this set, which includes a vanity with makeup and hairstyling accessories! This cute, poseable mini-doll also comes with her cute kitty figure.
•Includes doll, cat figure, and 10 accessories.
• Rarity doll comes with makeup and hairstyling accessories
• Doll is poseable
• Includes cute cat figure 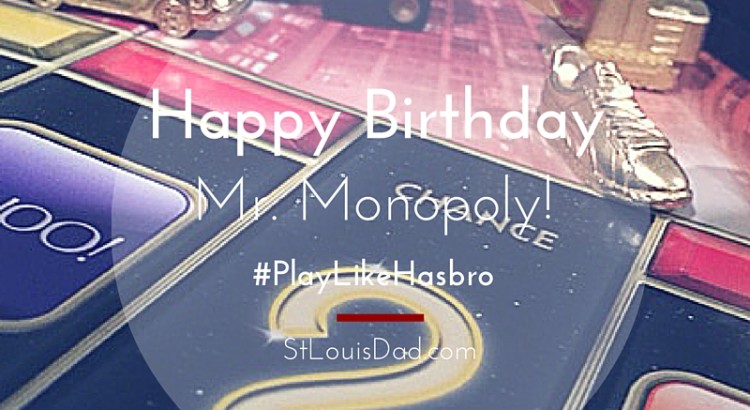 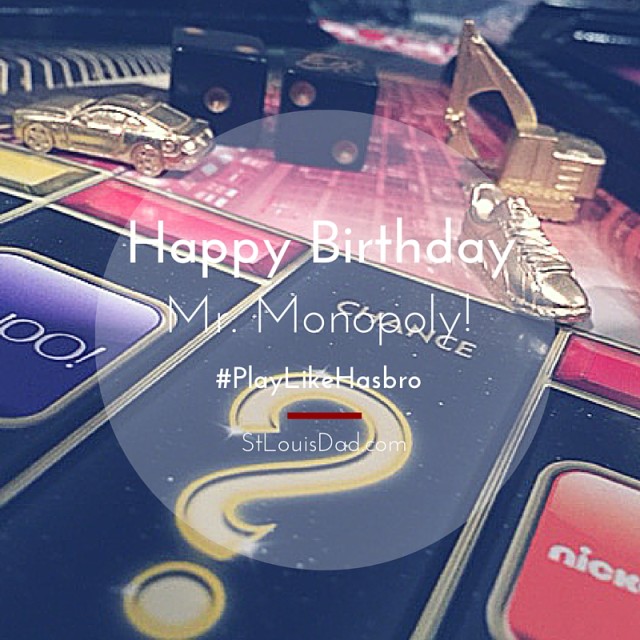 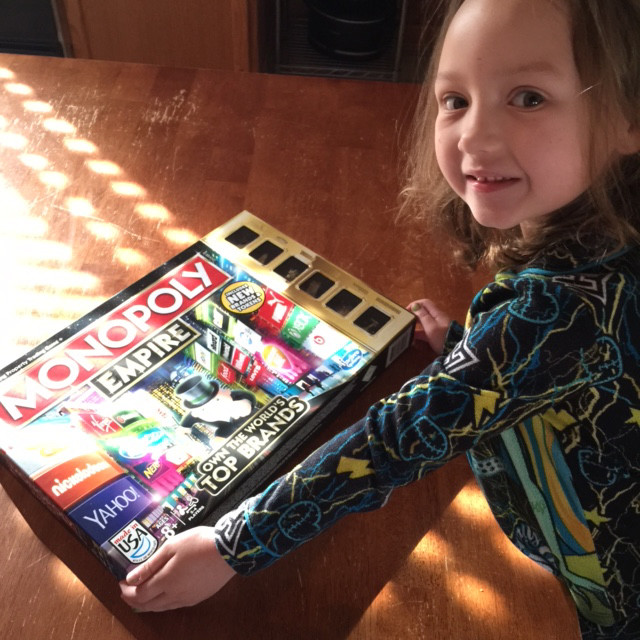 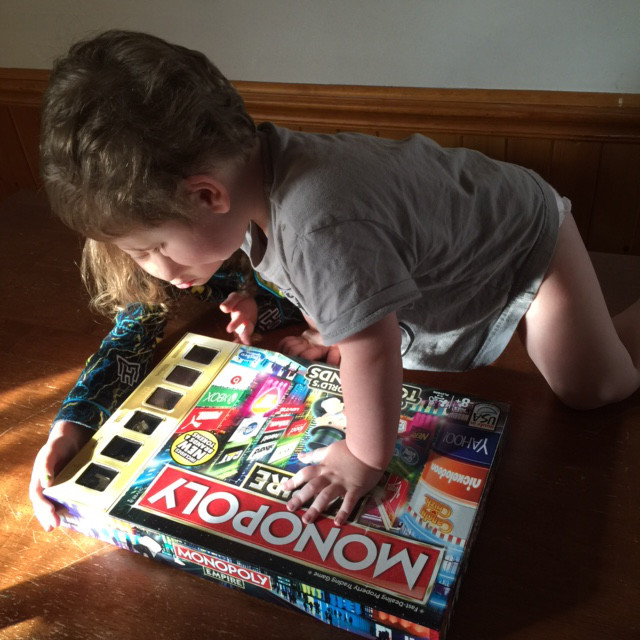 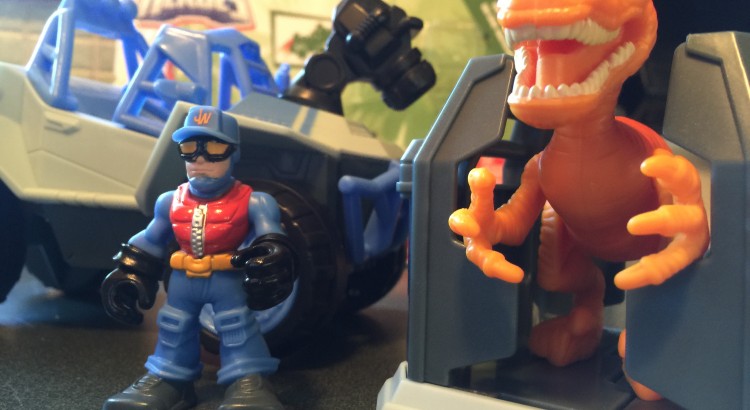 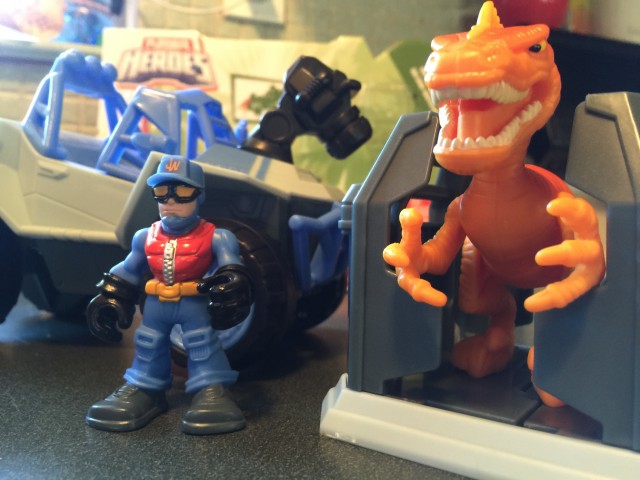 The hype behind Jurassic World is real. The movie is exciting and keeps you on the edge of your seat. If you have been busy all summer I suggest you get a chance to see it on the big screen before it’s too late. Fortunately for my little ones they get to bring the action home thanks to Hasbro’s line of Playskool Heroes!

This four piece set includes the Dino Tracker 4X4 with working Dino Tracking Technology this vehicle emits a red light showing the dino footprints needed to track and capture the included Velociraptor figure. You can secure the raptor in the included cage that attaches to the Dino Tracker. And let’s not forget the hero of our adventure. He does not have a name listed on the box but we like to pretend it’s Owen from the movie.

What I really like about this toy is that it has very simple pieces. Things do not get too complicated for my daughter and son to figure out. The vehicle rolls great and the cage actually stays attached. My son let out a squeal of excitement when we unboxed the raptor. His bright orange color make him easy to spot by any child. One thing you will probably notice is that Hasbro has done an excellent job at making this vehicle work with other Playskool Heroes figures. Such as the Marvel or Star Wars characters. The figures fit perfectly with Owen and the Dino Tracker, making an expanded Jurassic/Marvel/Star Wars universe a possibility. 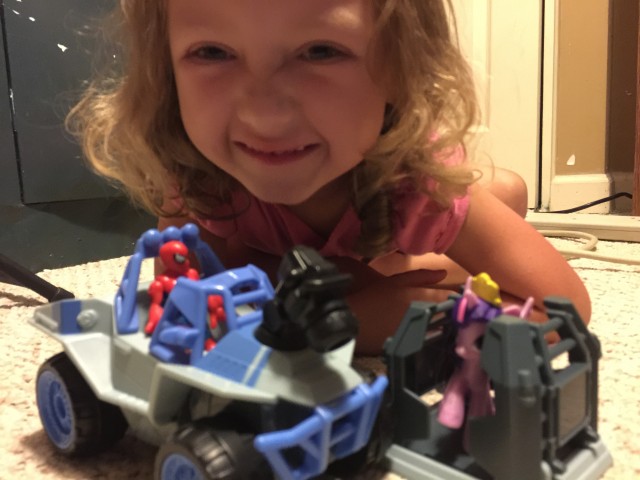 Making these toys compatible with each other is every kids dream. It keeps things in scale and a lot more fun for the kids. We as parents spend hours upon hours making sure our children’s toys are separated. Action figures in this box, cars in another, ponies in another. Adults like to keep things clean and organized. But let’s be real, kids like to use their imagination, and if that means Twilight Sparkle is being hunted by Spider-Man riding the Dino Tracker than so be it!

There is also a Dino Copter that you can purchase to go along with the Dino Tracker. It has a figure and a dinosaur to go with it as well. Check out the images below to see both of these great toys in high quality! 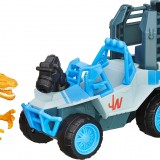 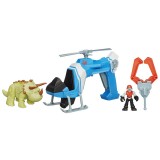 Hasbro provided St. Louis Dad with this product as compensation in exchange for an honest review. Please visit Hasbro.com for more toys, games, and other products your children will sure to enjoy!