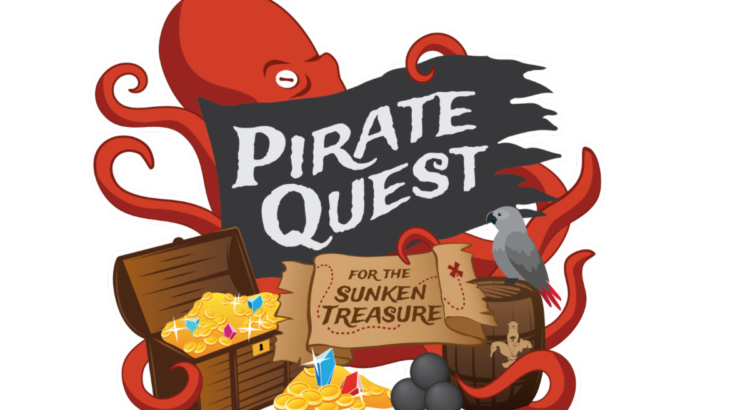 Yo-ho-ho it’s time to trick or treat with the Pirates at the St. Louis Aquarium at Union Station. Kids are encouraged to wear their costumes and join the Pirate Halloween fun for this after-hours event. They’ll get a free treat bag to visit six trick or treat stations located in the themed Pirate areas throughout the Aquarium. Tommy the Otter will give hysterical “Talk Like a Pirate” lessons and guests will meet a real talking Parrot at 6 pm each day. Pirate story time takes over the Kids Zone play area every 30 minutes. Add a ride on the St. Louis Wheel and get a free plush pumpkin.

“Pirate Quest for the Sunken Treasure,” a family-friendly adventure, is open daily through October 31, 2022 with after-hours trick or treating on Fridays and Saturdays, October 21 & 22 and October 28 & 29.

On the exciting treasure hunt inside the Aquarium, guests will take a self-guided tour through a highly themed wonderland of pirate ship scenes and treasure caves and grottos. Social media fans will love the Instagram-worthy photo opportunities throughout the transformed Aquarium during their journey.

Visitors follow the quest’s clues as they make their way through all of the marine habitats and hands-on animal adventures at the Aquarium. Along the way, they will find the Pirate Captain’s journal containing treasure hunt hints as well as amazing animal facts and pirate jokes.

Guests will explore elaborate scenes, including the Captain’s Quarters, a Shipwreck Canyon and the Treasure Grotto. A spooky Secret Cave, Pirate Library and a Pirate Hideout add to the experience. Kids can fire the smoking, booming cannons on the sunken pirate ship at the entrance to Shark Canyon.

“Pirate Quest For The Sunken Treasure” is free with regular admission to the Aquarium.

The St. Louis Aquarium at Union Station is open daily at 9 a.m. Advance tickets are available at www.stlouisaquarium.com. Follow the Aquarium on social media @aquariumstl. The Aquarium is located at 201 S. 18th St., St. Louis, MO 63103.

Get Spooky at St. Louis Union Station for Train or Treat