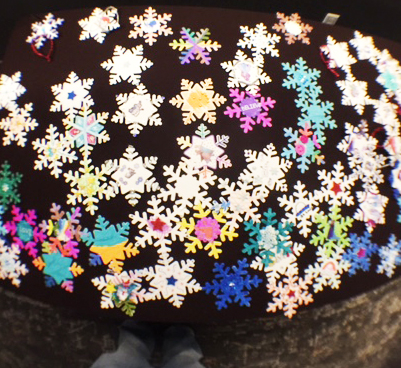 Sometimes we try to pack as many things into one weekend as we can just so we prove how we are super parents. Not exactly, but sometimes that’s how it feels. This weekend was no different. We had a packed schedule and did not have any time to mess around. Friday and Sunday nights were probably the easiest of the bunch. We didn’t have much to do then but we were still busy. To kick off the weekend after work I went over to my brother’s house and got my brakes changed in my car. It didn’t take as long as other repairs so once we had that finished I headed off to grab some dinner and ice cream with my niece. I had not realized that the elementary’s Christmas concert had just finished and families were piling into the local Dairy Queen for a nice treat.

We waited for 20 minutes for our food. It was still delicious but 20 minutes was a long wait. Once we finally got out of there we headed home to play for a bit before it was time to go to bed because Saturday was a busiest day and we needed plenty of rest. I turned on Disney’s The Christmas Carol with Jim Carrey and all of the kids were out before Scrooge was visited by the ghost of Christmas past. I myself was dozing off so it was about time for me to go to sleep as well. 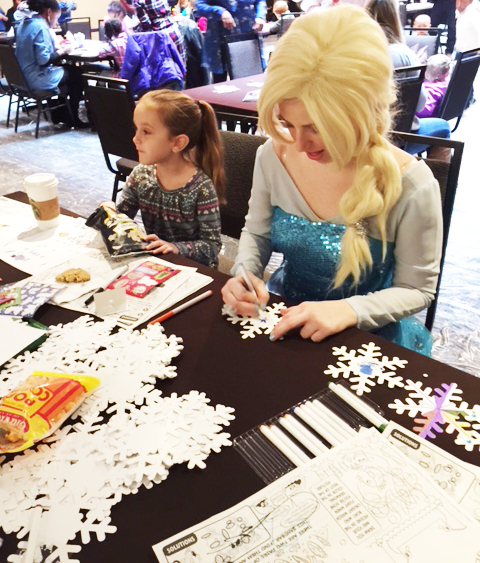 The next morning was busy. We all had to get ready to head downtown to the St. Louis Marriott Grand for the #DoYouWannaBuildaSnowflake event for the Children’s Miracle Network. The event was a lot of fun and the kids made a bunch of snowflakes. Anna and Elsa even stopped by and sat with the kids while they worked on there snowflakes. After making several designs Anna and Elsa got all of the children rounded up and played a few games with them. There were also snacks, music, and hot chocolate! You can stop by the Marriott Grand all through-out December to see all of the snowflakes that were made and even take a few minutes to make one of your own.

After making our snowflakes we headed back towards home but instead of getting back inside of our warm house we had to go to my daughter’s kindergarten Christmas concert. She had been practicing her songs for a few weeks now and was ready for her show.

I was a little worried about Abby 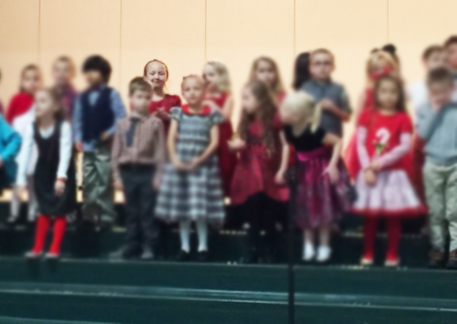 getting up there with her class and singing in front of a large crowd of people, but she managed and did a fantastic job. We got some pictures and some video from her performance and our family was just so proud of that little girl. We almost had the entire crew there and seeing Abby’s smile up on stage was worth the busy day.

We kept our evening fairly light. Picked up some dinner for ourselves and the kids and spent the rest of the evening working on some projects and watching Christmas movies with the kids. Sunday morning was busy for me. I had a support call to go out on. I decided to take my son with me and we went out and were able to finish within an hours time. We stopped for some lunch and then headed back home. It was one of those weekends that you second guess yourself as to why you planned everything for a single day but after it’s over you look back and are happy you did it all anyway.