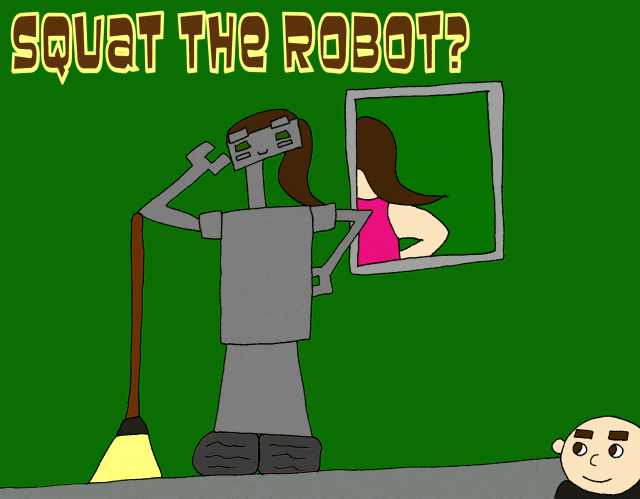 Back in January of 2013, I was informed that the book “Squat The Robot?” was available in Amazon’s Kindle store and would be made available a few days later for a paperback copy. The story is an unique one which finds Squat the robot getting into a crazy and weird adventure. When I was hired on to illustrate this story I was impressed with how it turned out given how strangely unique the story is.

Squat was cleaning Glistening Glow when hair began to show. She had no idea why until remembering that Creepy Cupid guy. It seems she was under his curse and to make things worse, he had captured her love, making him and his band sing like a dove.

Follow Squat as she begins her quest to put everything back to normal and stop that Creepy Cupid pest. But will it come due? That can be found out by you. Just add this book to your mat from none other than Pat Hatt.

Children’s Books – I Think I Was Bit By a Mosquito

Children’s Books – My Riddle Me Valentine