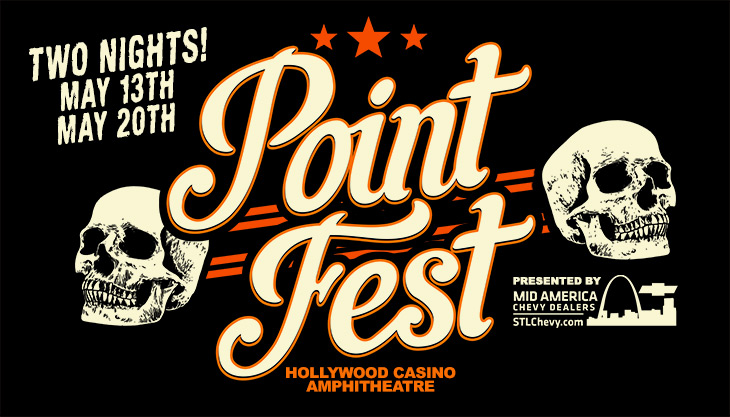 I gotta tell ya about a weekend that was absolutely fantastic. For starters, it was the weekend my wife and I celebrated our 10 year wedding anniversary. We have been together for 16 years and married for 10 of those years. It is an incredible feeling being with someone so awesome for that long. I truly love that girl and I am glad she is in my world. 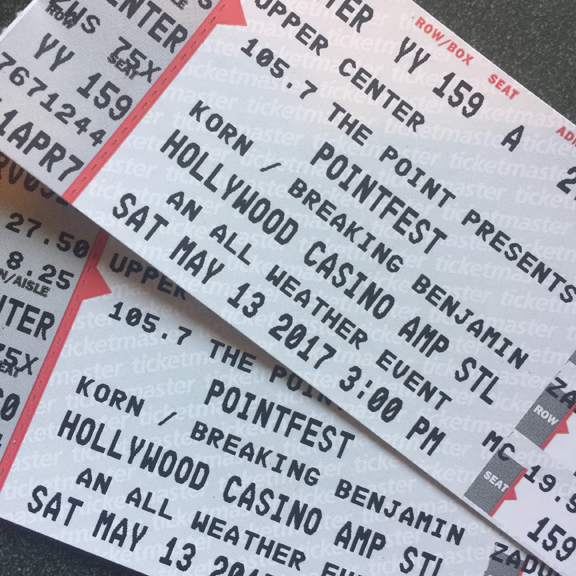 For our anniversary we decided to attend Point Fest this year. I was super excited as it was said that Korn was going to be headlining the show, along with Breaking Benjamin. Korn has been on my bucket list of bands to see for the longest time. I have just never been able to be in a position to see them live and this was finally my time. That is until I got home from work Friday afternoon. Apparently, lead singer Jonathan Davis reported vocal issues and apologized in a video that the band would not be attending Point Fest. I was pretty bummed out. Korn was the only reason I bought tickets. I love Breaking Ben as well but they are in my top 10, Korn is top 3, so the news stung a little bit.

After boo-hoo-ing for an hour I finally got over it. Breaking Ben was going to play an extended set so that was a nice addition to the show. 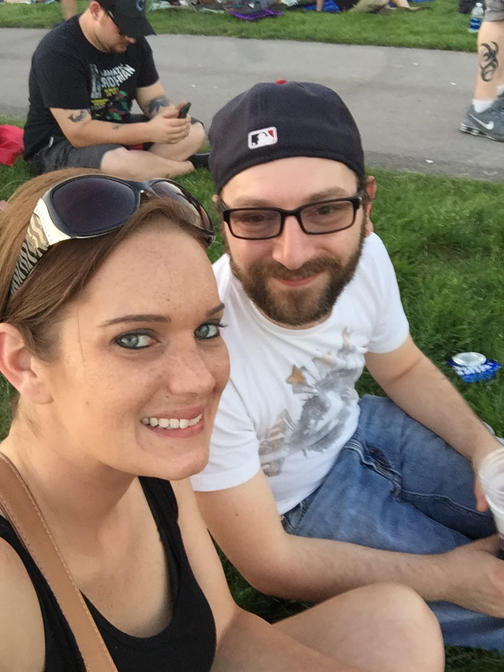 So the day of Point Fest came and I was already over Korn cancelling and was ready to hear some Sick Puppies and Breaking Benjamin. We got the kids to mammaw and pawpaw’s house and headed out to the show. It was a beautiful sunny day and my wife and I were ready to rock. Upon our arrival we decided to do a little walking around, well we actually did a lot of walking that night. We ate, drank, and had a lot of fun. We met some interesting people and listened to some awesome music. After the Sick Puppies set on the side stage we actually got to meet the band! While waiting in line we were approached by a security guard that was awesome enough to give us two tickets to the next Point Fest the following weekend. We knew we couldn’t go but who says no to free tickets? We could find someone that would want to go so that was a very nice surprise. 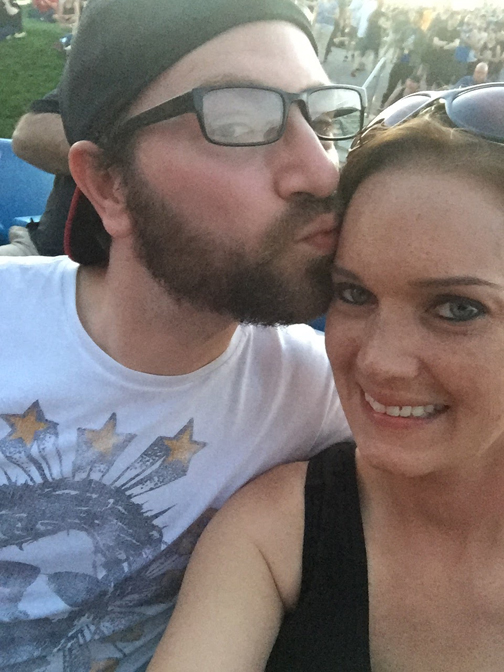 Destiny got herself a shirt and I got myself a cool tall boy coozi cup. Our night was so much fun and Breaking Benjamin knocked it out of the park with their extended set. Below you can see a YouTube video someone from the concert posted of the set. The Star Wars Imperial March was insane to say the least.

Just like 16 year old kids as we were leaving after the show my wife ripped down a Point sign and shoved it in her purse. She’s a rebel without a cause!

A few days later I was able to give away the tickets to the next Point Fest which was featuring Soundgarden as the headliner. Then the news of Chris Cornell’s passing was announced followed by the announcement that Point Fest was cancelled. I understand why the Point did it but I also feel bad for all that wanted to go to the show. There is always Way Back Point Fest later this year. I am already on the look out for those tickets.

I had not been to a concert in a few years, and this concert proved that we need to go to more. My wife and I had so much fun. Eating junk food and drinking some drinks we could not have asked for a better night except it got even better after the concert when we went to the club but that’s a story for another time.

A Great Night at Great Skate