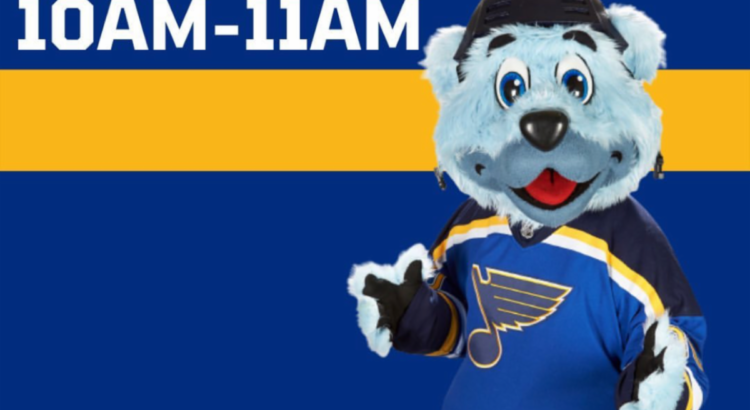 St. Louis Union Station is celebrating the St. Louis Blues this Saturday, April 16 with a rally day on the Purina Performance Plaza before the game.

Beloved Blues mascot “Louie” will be on the plaza and in the St. Louis Wheel Park for hugs, high fives and photos from 10 to 11 a.m.

The Charles Glenn Band, a favorite of Blues fans, will perform in the Plaza from noon until 2 p.m.

The Blues will play the Minnesota Wild at 2 p.m. at Enterprise Center next door to Union Station on Saturday.

The Polar Express Train Ride is BACK!!!