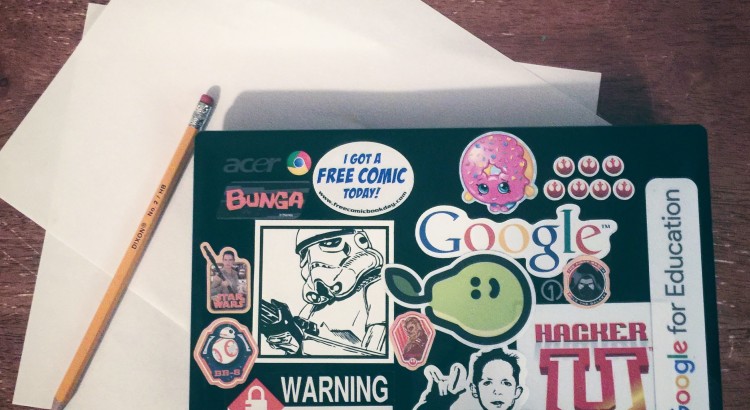 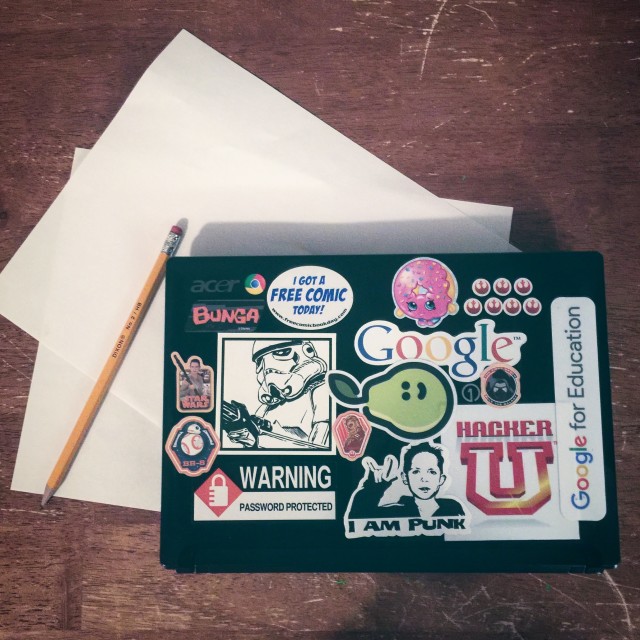 For the most part when I am on the computer I am sitting in my home office on my desktop computer. It is a nice desktop that I custom built myself. I have a nice large monitor and my keyboard and mouse conform perfectly with my hands. It’s my own cozy little space. Sometimes though I am forced out of my space and into the family room or the bedroom.

In a perfect world I would just use my work laptop for blogging. But it’s for work and I don’t want it messed up by my kids if I set it down on the table or couch. It’s a really nice laptop that I only like to use for work. So when I need to work on something for myself I would typically use my trusty Acer Aspire One netbook. It is a little beast and does exactly what I needed it to do. It has started to get a little sluggish, so I tossed in a solid state drive to hopefully speed things up. It did, but not by much. The little netbook has shown it’s age, so I began to look for different options.

My first choice was a Dell Inspiron that I had just recently acquired. It was decent enough but a little heavy and the battery wasn’t that great. My next option was to commandeer my daughters laptop that she never uses. She’s five and is an iPad addict so I didn’t think it would be much of a challenge to check out her laptop to see if it would fit my needs. It is a pink ASUS laptop. It has some good specs and I think it is light enough for my needs. So this was going to be the one. I don’t mind that it is pink. I think that actually makes it a little unique in a way. But how was I going to convince a five year old that I was going to take her laptop for myself. 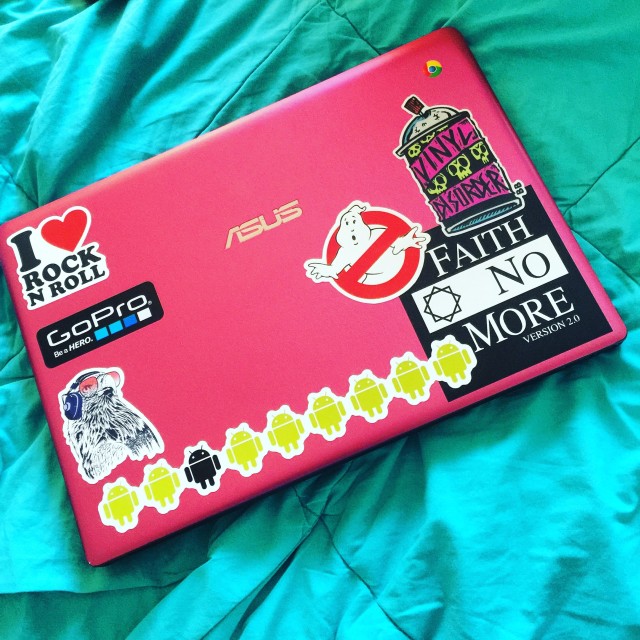 First things first was that I had to clear it with mom. She wasn’t home so I shot her a text asking if it would be okay to use her laptop. She said she didn’t care but wanted to make sure I had something for her to use if she wanted to play a game or watch a movie. I have plenty of extra devices so I knew that wouldn’t be an issue. So with the boss’s permission I thought up a way to get this laptop. I had the netbook and the Dell so I figured I could talk her into a trade.

So I called her into the room and I asked her flat out, and surprisingly she agreed.  She said she doesn’t use it much and that I can have it. I told her that she was very sweet for allowing daddy to use her computer. I also told her that I would be setting up this little netbook for her to use. Her eyes lit up bright and was super excited to get a small little laptop. She liked it a lot because it’s not as heavy and I told her she can put stickers on it.

So here I am now on my new to me pink ASUS bloggin’ laptop. It has been updated with a solid state hard drive and loaded with Windows 10. It is particularly speedy and I am pretty happy with my update. I have already added a few stickers for some much needed flair for the laptop. I don’t think it will take away from the bright pink, but I think it definitely makes it stand out.

Why Is Technology So Annoying, Yet So Great?!

5 Pieces Of Tech That Could Boost Your Workout