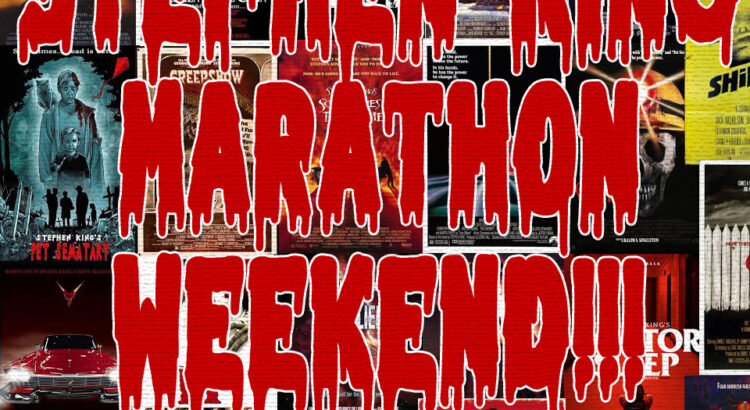 This month my wife and I always watch as many scary movies as we can. This week is a special week as we are watching a different horror original and a remake each night. I have been sharing some of the horror movies we have been watching on social media, but why not share them here too!

For the first weekend in October we decided to start a Stephen King marathon! As we made our way through the weekend we watched Cat’s Eye, Carrie, Salem’s Lot, The Shining, Children of the Corn, Maximum Overdrive, Firestarter, and finally, Tales from the Darkside. I am sure we will sneak in a few more of King’s tales before the month is over but for now, we are on to double features!

We kicked off our Double Feature week with The Omen from 1976 and 2006. A perfect introduction into an original/remake double feature week.

Next up is Night of the Demons from 1989 and 2009. We think the original is hilarious and the remake does provide a bit more of a back story and an interesting take on the Angela character. We loved the pink ballerina cameo in the remake! It was a perfect call back to the original character.

The Last House on The Left 1972 and 2009. Both of these movies just creep me out big time. Home intrusions are pretty freaking scary.

The original Dawn of The Dead (1978) is the first zombie movie I have gotten my son to watch. It doesn’t have much gore in it at all, and the music really makes it all that more entertaining. James Gunn and Zack Synder did a complete 180 with the remake, leaving me on the edge of my seat during the entire flick… and the clips during the credits… no, no, no, no!

The Hills Have Eyes is this weird but absolutely horrific story that has only improved as time as passed. Both the original and the remake are worth a viewing every spooky season.

Terrifying from start to finish. As a kid, Candyman was the one name you never said alone or during a sleepover. The original and the remake are fantastic horror movies.

Evil Dead. What else could be said about this masterpiece of horror. Watch it and love it and stay tuned for more horror movie watch lists during Richie’s Bone Chilling October Home Horror Daily Double Feature!