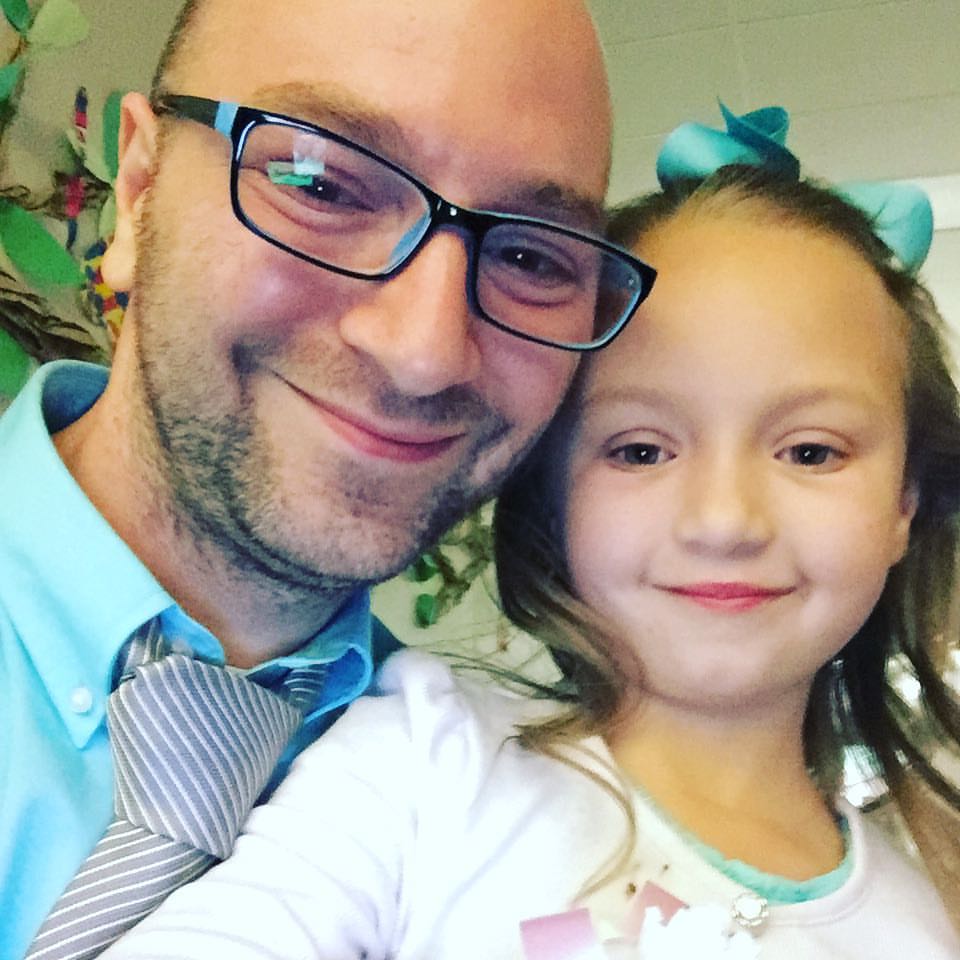 When my daughter started kindergarten one thing I was not expecting to be doing this school year was attending a dance. When the notice came in that a Father / Daughter Dance was on the horizon I knew that we were gonna go. I wasn’t sure what to expect, which is a common theme through-out all of this parenting thing.

Mommy was working at her new job so I called up Mammaw to see if she wanted to take Abby dress shopping. She was thrilled to take her and definitely helped Abby make a great decision with her dress. The night of the dance was also the same night of my brother’s rehearsal dinner for his wedding the following day. So Abby and I joined in on the delicious dinner and showed off our dance apparel. 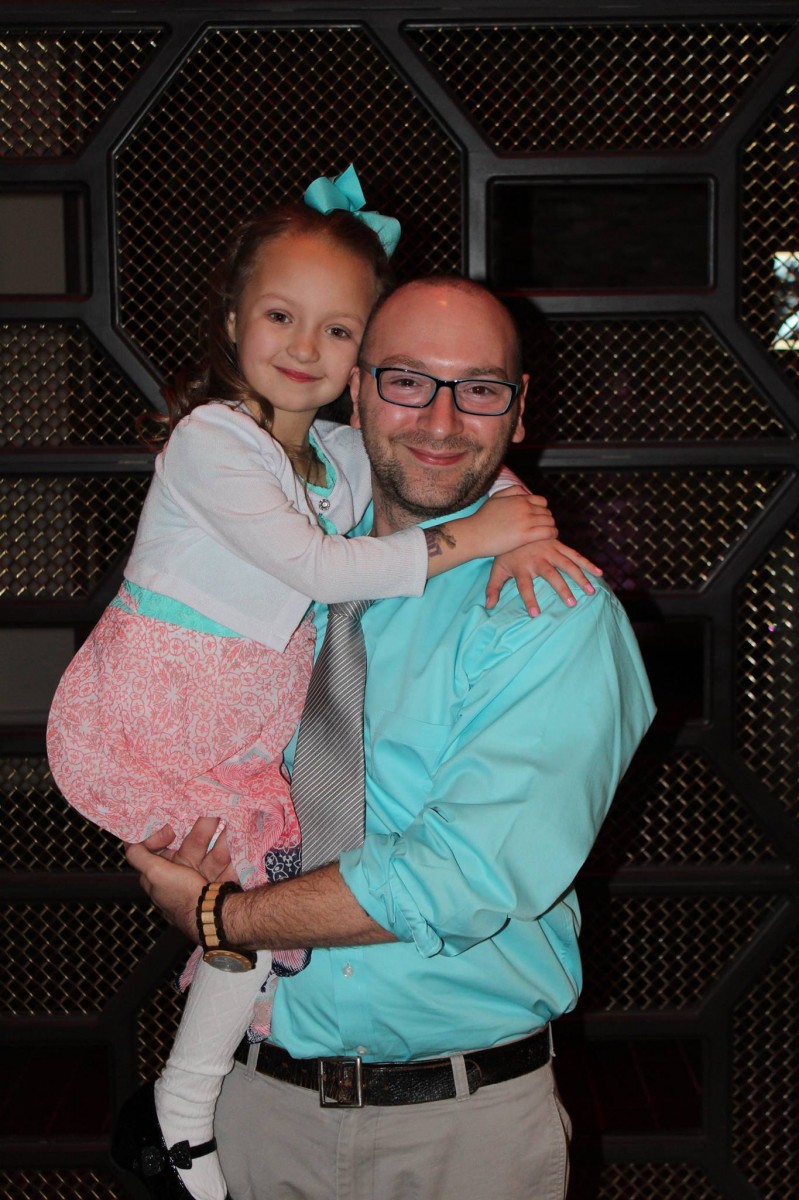 Abby’s school was decorated spectacularly. The lights were dimmed and there were banners, streamers, and all sorts of “Under the Sea” types of decorations. When we got to the dance we picked up Abby’s corsage and headed down the hall to the gym where we could get our boogie on the dance floor. On our way down the hall we seen Ariel from The Little Mermaid taking pictures with everyone so we had to get in on that too. After our pictures we made our way to the dance floor.

The bass was thumping the the speakers were pumping. This was like homecoming all over again. Except instead of dancing with my wife-then-girlfriend, I was dancing with my six year old daughter, and she was loving it.

The DJ shook the gym with all sorts of tunes. For the next two hours we sweated to the beat and grooved with our feet. There was also treats for the kids and plenty of photos opportunities. I even ran into several old friends from high school that were there with their own kids. A few of those guys I hadn’t seen in years.

So now that I know what I know now. There will probably be a few more father / daughter dances over the next few years 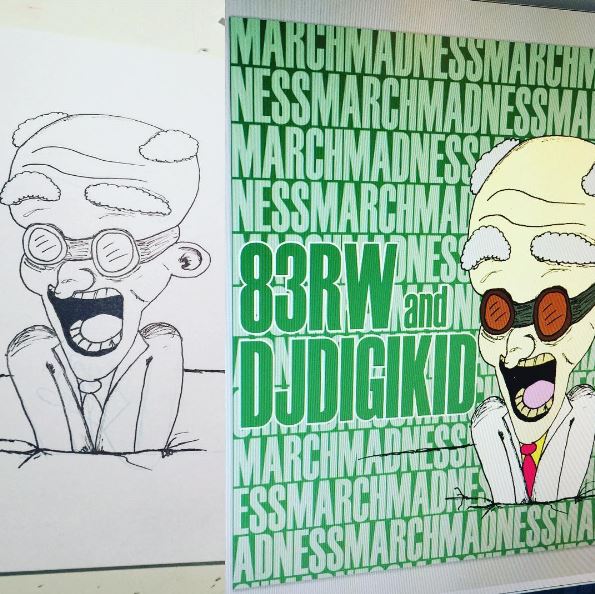 As a dad there are a lot of things I do with the kids but not a lot that I do for myself. So when an opportunity comes around where I can work on a project that doesn’t involve the kids I start to get excited. It’s already hard enough balancing my work and life along with the blog, but add in my own fun projects then things can get a little crazy.

So if you didn’t know, in the past I was a DJ for an online site that I ran and managed with some friends. DJing with them turned into producing the instrumentals you see released here at St. Louis Dad. Well, I never really stopped DJing. I have tons of mixes that I have made but not everything gets released, and because of licensing and copyright issues most mixes do not stay out in the wild for too long.

I am thrilled to announce that I will be back in the lab with my good buddy from up north DJ Digikid putting together a new installment of March Madness. I have some good plans for my portion of this mix and I am positive Digikid will bring out something amazing. I will be sure to post here once everything is live. You can always follow my production company Missouri Mobile Productions for updates, or you can even follow my DJ account 83rw on Twitter and Mixcloud for more updates as well.

Also, I want to shout-out the new International Alliance Facebook page which serves as the hub for all things EDM related between myself, DJ Digikid, and more! 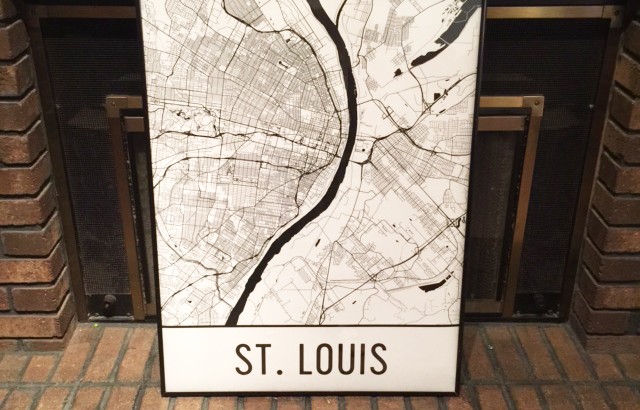 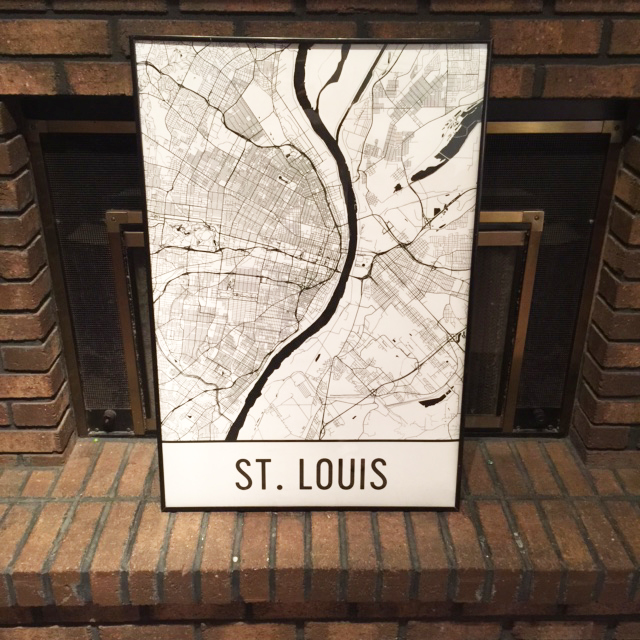 Saint Louis is a great place to be and a great place to explore. There are so many things that you can do that it may even be too much to take in all at once. There are also some great pictures of St. Louis that are floating about on the Internet but what if you had a different view. Let me introduce to you Modern Map Art.

Modern Map Art reached out to St. Louis Dad and wanted to send over a print of a map of St. Louis. If you mention St. Louis and art, I am interested in checking it out. I must say, these maps are amazing. They are very artistically detailed and have a few different styles available depending on the city. St. Louis for example has a two awesome black and white options, as well as a blue and yellow, and blue and red, which could represent the Blues and the Cardinals. 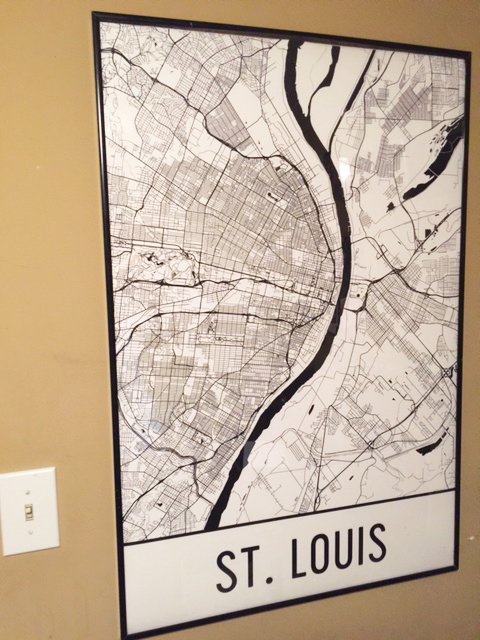 I asked if they could send over one of the black and white prints and I was very surprised that they sent over a full sized poster. There are options for smaller prints but having the options for full size posters is just as awesome. Once the poster arrived I carefully removed it from it’s shipping tube and noticed that the paper was of excellent quality. This poster was not like the posters your kids hang on their walls. This print is a lot heavier in material and demands to be framed. Printed on museum quality matte paper and using UltraChrome water based HDR ink-jet technology to print to the edges on every poster, brings a this beautiful print to life. It’s not necessary to frame if you really don’t want to, but I do, so I did.

I hung this amazing print in my home office and I am very happy with how it looks. It just looks incredible and brings a smile to my face seeing my home city in this artistic way. I highly recommend checking out the various St. Louis designs on Modern Map Art. If St. Louis isn’t your city, check out some of the other city map art options. There are a bunch and are all worth a click.

I can’t wait to show this off! Find out what it is on the blog Monday!

The Butt Butler is #KickingRash