Starting back in fourth grade his fascination with haunted houses had Larry Kirchner spending his days mapping out mazes out of blankets and filling pickle jars with his G.I. Joe’s in his basement to create the perfect haunt. For years Larry has spent working countless days towards that perfect haunt and for the last 25 years he has brought the best to St. Louis with The Darkness.

Much like some of the staples found in St. Louis, you will be hard pressed to find someone that hasn’t heard of The Darkness or Creepy World. Both offer some of the best scares during the Halloween season. But did you know that they work year round to bring those freights to us fans! This year is the 25th year of The Darkness, the longest-running haunted house in St. Louis. Rated as America’s best haunted house, The Darkness is opening September 21st for all to see.

New renovations to The Darkness make it longer and more terrifying! There is an all-new Zombie Laser Tag, as well as The Hive live zombie experience. The renovations also include new interactive elements as well as a horrifying Jigsaw Horror Escape Room in the Monster Museum!

You don’t have to risk your life for an adrenaline rush at a haunted house. – Larry Kirchner

My wife and myself were invited to check out the new renovations at The Darkness and see what Larry had in store for St. Louis during the 25th Year of Fear. What we had envisioned for our tour was not what we expected. We got to see the shop where all of these amazing creatures and animatronics are made year round as well as for clients all over the world! Getting this behind the scenes look was a sight to see and really showcased the amount of work that is put into a production like The Darkness. 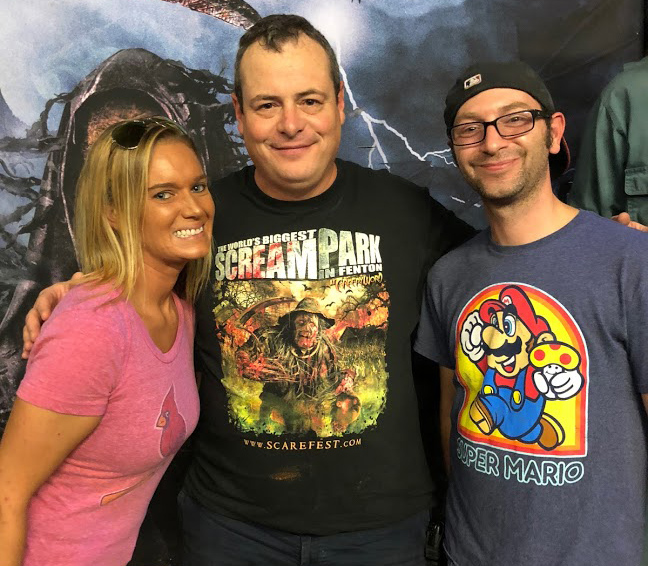 After a brief tour we were invited to go through both haunts! Not only has my wife never been through a haunted house, we have never gone with basically just us two! There were twists, turns, freights, clowns, zombies, creatures, and more! Each haunted house features 15-20 actors ready to terrify you into needing a change of shorts. Rooms with scenes that depict the syfi, morbid, sacrificial, insane and more! The viral IT animatronic is here too, and poor Georgie just doesn’t stand a chance either. 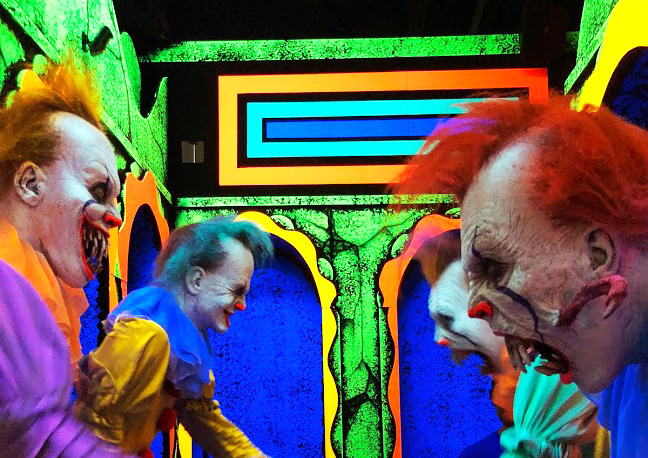 The Darkness will be open for the 2018 haunt season on September 21-22 and 28-29 from 7:30PM to 11PM; October 5-7, and then every Thursday through Sunday night starting October 11th! Beginning October 19th, the attractions will be open nightly through Halloween! The Darkness will keep the fear going November 2, 3, and 10 from 7PM to 11PM. November 10 is Black Out Night where guests can go through the haunt with just a glow stick for light. Check out TheDarkness.com for more information!

We want people who come to The Darkness to have the best haunted house experience. – Larry Kirchner

And have no worries, this year The Darkness now offers photo opportunities! Back in the day you used to not be able to bring in a camera, now there are spots where you can take selfies and post them to your favorite social media platforms! 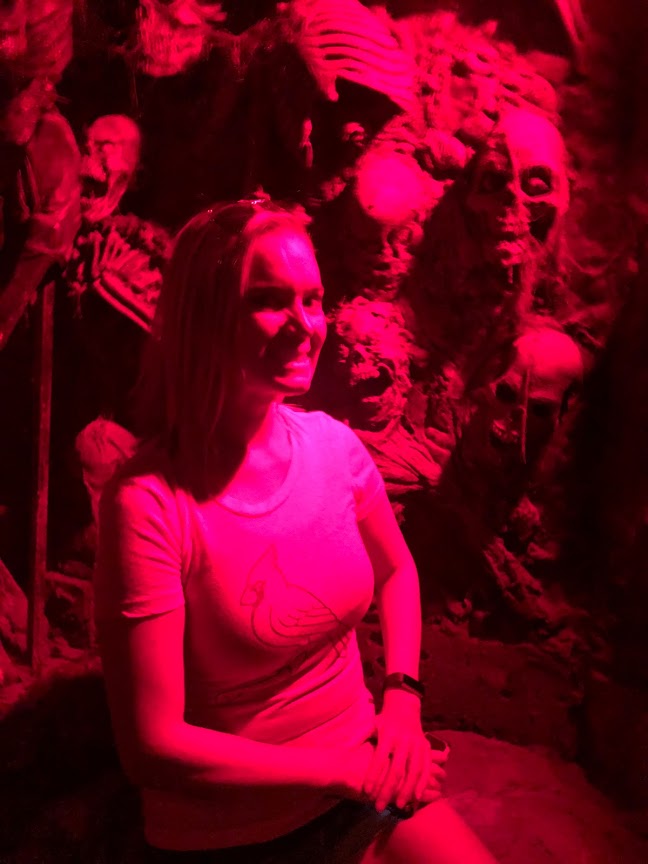 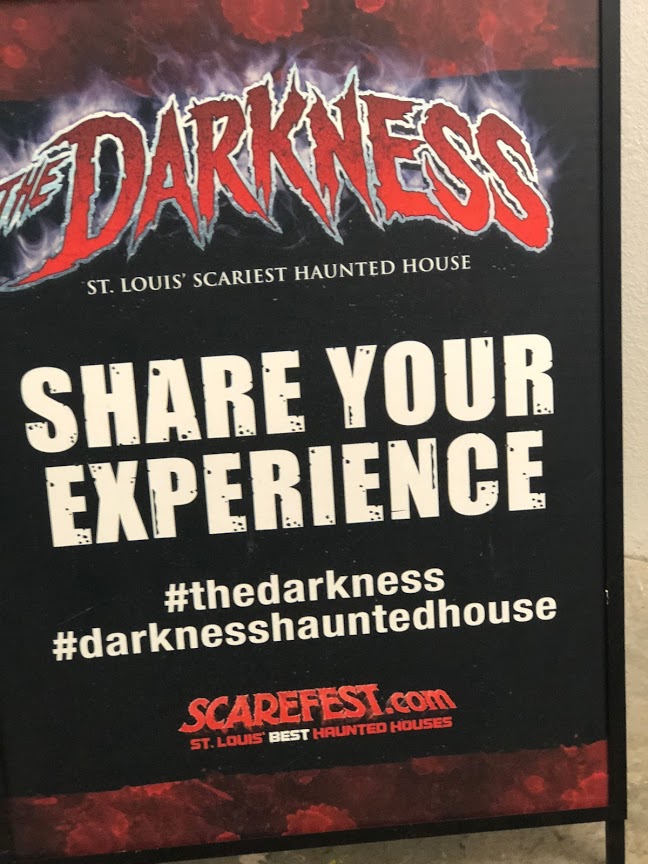 Be sure to follow St. Louis Dad on Instagram this week to see more behind the scenes and sneak peek photos and video of the haunts you will be able to see this year! You can also check out the hashtag #thedarkness and #darknesshauntedhouse for more photos!

St. Louis Escape, located at the same locations as The Darkness has some of St. Louis’s best top themed escape rooms. Featuring four different escape rooms, including the Haunted Hotel, Cellar Escape, Subway Escape and the Mummy Escape. There are also VIP Party Rooms in the amazing themed lobby. Booking information for the escape rooms can be found at StLouisEscape.com 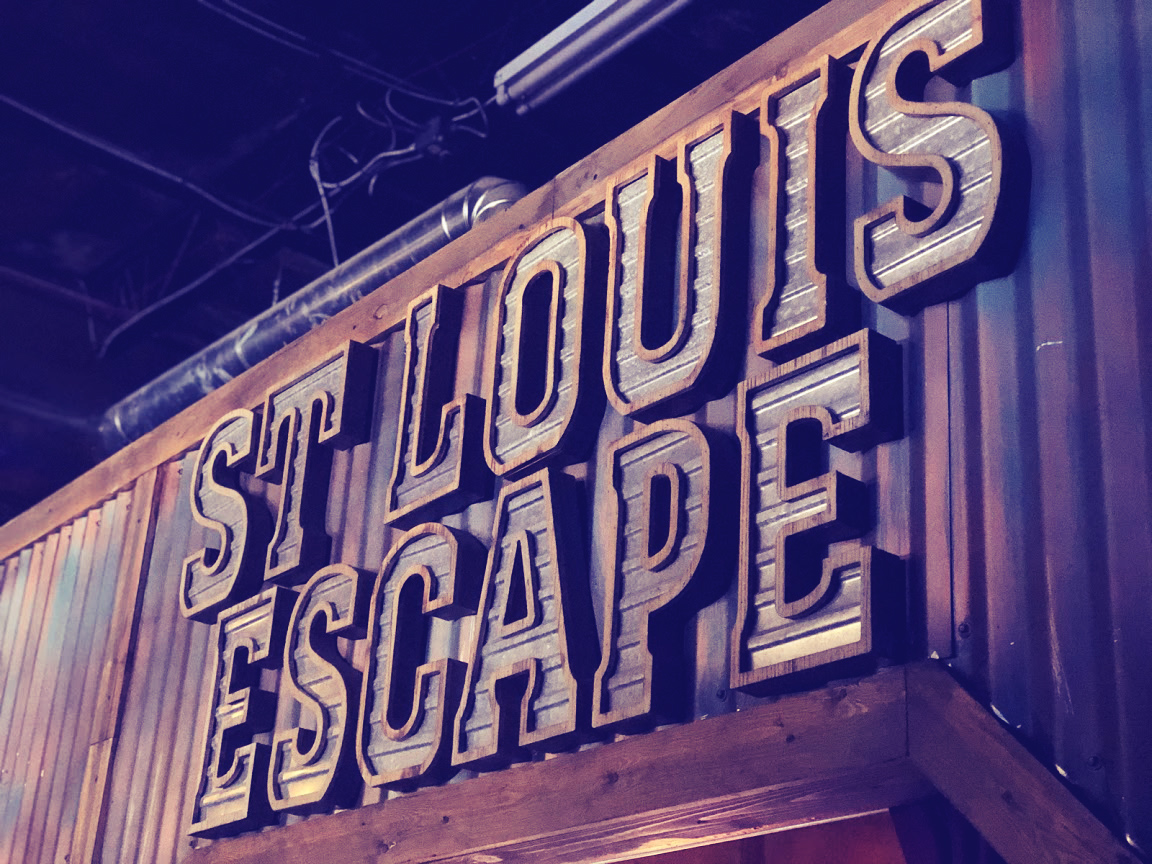 The Darkness and St. Louis Escape are both located in the Soulard neighborhood, just south of downtown St. Louis and next to the historic Soulard Market at 1525 South 8th Street, St. Louis MO 630104.

St. Louis Dad was provided a complimentary tour of The Darkness in exchange for this media promotion. Follow The Darkness on social media for more awesome details!