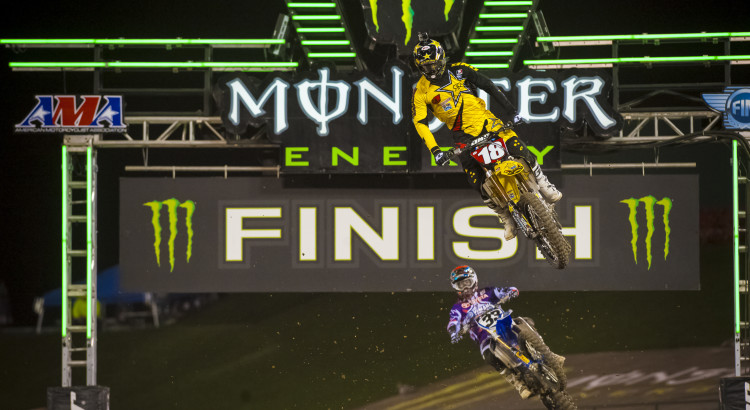 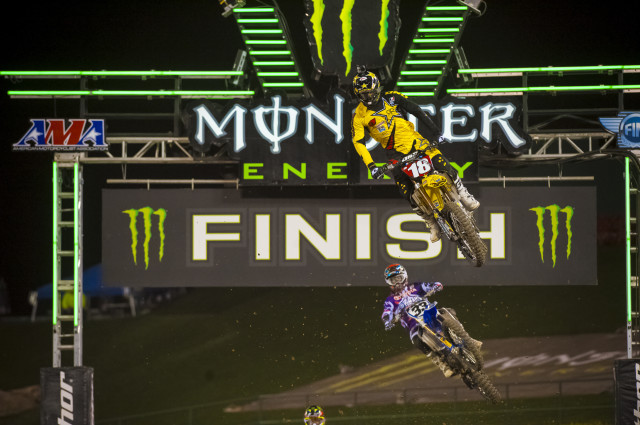 Monster Energy AMA Supercross, an FIM World Championship, is the world’s premier stadium motorcycle circuit, comprised of 17 races of heart-stopping racing action in some of the largest venues in North America. Every week, the best riders from across the globe, like Ryan Dungey, Eli Tomac, Chad Reed, Ken Roczen, and Justin Barcia seek to outrace each other on the sport’s most challenging tracks. Featuring tight corners, fast straightaways, challenging rhythm sections, triple jumps, and whoops sections, these tracks pack excitement into every inch of dirt.

St. Louis Dad is also giving away FOUR tickets to Monster Energy AMA Supercross via Twitter! All you have to do to enter is retweet this tweet by April 7th for your chance to win four tickets! Tickets will be held available at Will Call for pick up one day prior to performance. Winners will be contacted on April 7th after the drawing. If the winner does not respond within 24 hours another winner will be selected.

RETWEET TO WIN FOUR TICKETS TO THE APRIL 16th EVENT!

We are extremly excited for this event. Watching the races and the jumps are awesome to see and a great time for the whole family at a great price. Let us know in the comments if you will be at Monster Energy AMA Supercross!

A Hollywood Night Getting Shuttled Away – PLUS $50 GIVEAWAY!