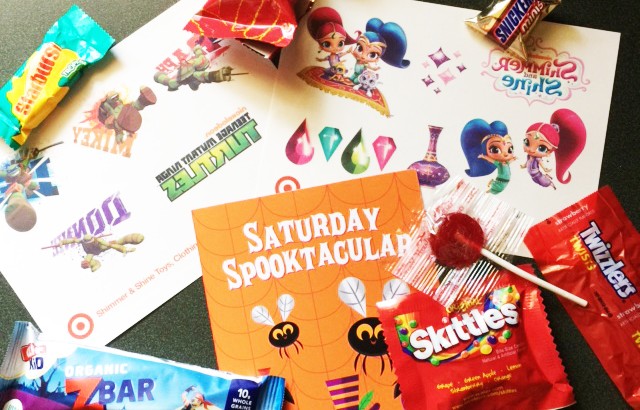 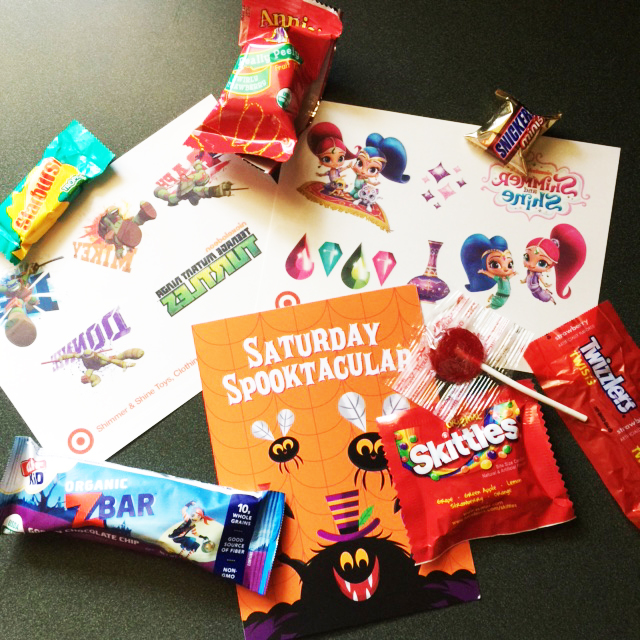 Now that Halloween has settled down and the candy bowl has started down a path of depletion, I wanted to take a moment to write about something that happened over the weekend that I thought was a good life lesson for my kids.

This past weekend, Target had a Saturday Spooktacular event. Where kids can get a free Shopkins or Grossery Gang Trick or Treat bag for all the giveaway goodies that were being handed out through-out the store. I had an hour to do something with the kids before we had to go to a wedding shower. Target is only a few minutes away from our house. So I loaded up the kiddos into the car and gave them the run down of what we were doing. I told them how important it was for them to be on their best behavior and all of that good stuff.

When we arrived at Target and entered the store there was only one family in line in front of us to pick up their Trick or Treat bag. I could see that there were only two bags left on the table and that the two kids in front of us were going to get them. I thought maybe they had a few extra bags that weren’t set out but I was wrong. The clerk was sorry that they had ran out of bags so fast but my kids could still have a piece of candy if they wanted. 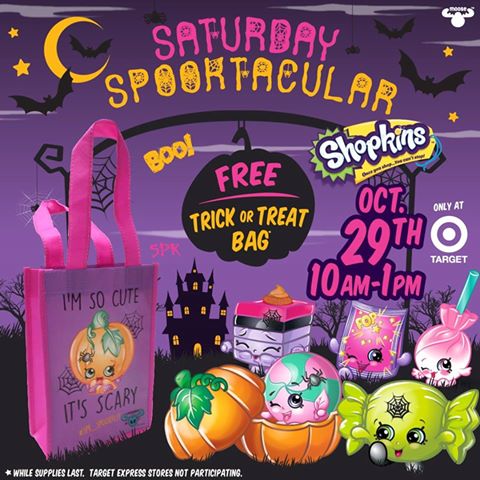 My son really didn’t care, he is still little enough to where he can get past disappointment fairly quickly. My daughter however, she really wanted a Shopkins trick or treat bag. I had actually just told her “no” on a Shopkins bag the day before at the Halloween store. So I felt bad that we didn’t get the bag at Target but I also knew that free stuff can go fast, so I explained to my daughter that sometimes we don’t get the things that we want and we may need to pick something else. I told her that we can pick out a different Trick or Treat bag and I would pay for it. So we headed down the aisle to the Halloween stuff and we could not find any canvas bags for candy at all. There were plenty of pumpkin buckets but that’s not enough room for candy!

So instead of a bag we just got a couple of coloring books, some tattoos, and a few pieces of candy and went home. We learned a lot about disappointment that day, and while it’s not Target’s fault for running out of their cool Shopkins bags, I did hear from a friend that went earlier that morning that she seen several parents grabbing a bag for their kids that were not even with them. It’s not my business but I do think that is a little unfair for the kids that did actually go with their mom or dad so they could get a bag… Might I suggest not giving freebies away to adults when they don’t have a child present with them.

Anyways, it’s just a bag, the kids have already gotten over it and filled a different bag that we picked up from a different store with a few hundred pieces of candy. I’m just happy that all I had to deal with was a little boy crawling on Target’s tile floor like a snake and I didn’t have to deal with my kids having a meltdown in the middle of Target.

One thought to “Learning All About Disappointment at Target”