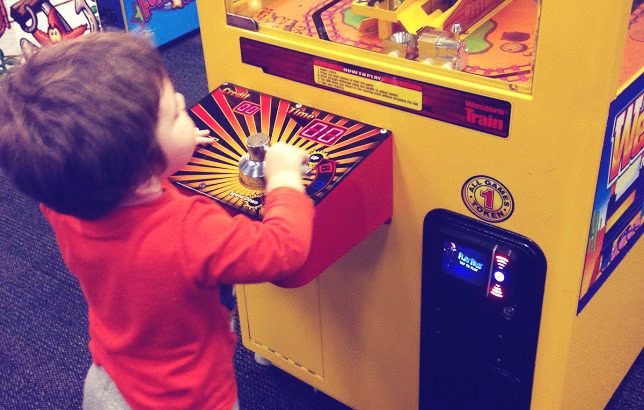 There’s quite a bit of connectivity between family and technology, and seeing as our kids are being raised in a digital world, it’s no wonder you’re introducing technology and all its wonders and dangers to them at a young age. But there’s some tech out there that can really help to foster the same sense of childhood magic you once had, and looking to the video game world to help you out might just be the best bet. So here’s a couple of reasons booting up a console and sitting down as a family to play is a great idea.

How many arcades out there still have these old school games? Why not bring these systems home?

Kids Can Learn In Easy Ways

Video games made for kids are made with the child mindset in mind. After all, you’ve got to know your audience in order to sell your game, and you’re going to want to be sure that kids are going to love whatever disc they boot up in their console. And that means all kinds of hard to teach and hard to learn themes are going to be present in these games, ready packaged in bite size pieces and easy to understand actions the player character can perform.

Maybe your child has trouble sharing – see if you can find them a video game that’ll help them to learn why this is a good thing. Maybe your child has issues with keeping clean and tidy; once again, there’s plenty of games out there that can make this kind of boring chore a lot of fun. And seeing as video games are a lot more interactive than simple TV programs or films, there’s a much better chance the behavior will settle into your child’s head. Isn’t that just a bit magic?

Via The Introduction of Virtual Reality

Virtual reality is something we’ve all heard about, and it’s something we’re all curious about. A VR headset, a fee cables to plug in here and there, a pair of special controllers, and you’re all ready to delve deeper into a video game, film, or TV program than you’ve ever been able to before. That’s an exciting idea to anyone who read about it!

But especially kids. Hearing that they can transported out of this boring world with school and homework, into another where they’re the hero of the universe, is going to be some welcome news. Being able to try out a would-be Real New World is a great way to tingle their imaginations, and get them more involved with their creative side, and hopefully give them a little bit more inspiration along the way. Kids love to be involved in important activities anyway, and this is a safe and fun way to foster that interaction.

Video games can be great for kids, as long as you know what they’re playing, how long for, and when to disconnect them from a virtual world. It’s up to you to foster their childhood magic!

How to Beat a Video Game Faster Than Ever Before

One thought to “How Video Games Can Foster Childhood Magic”