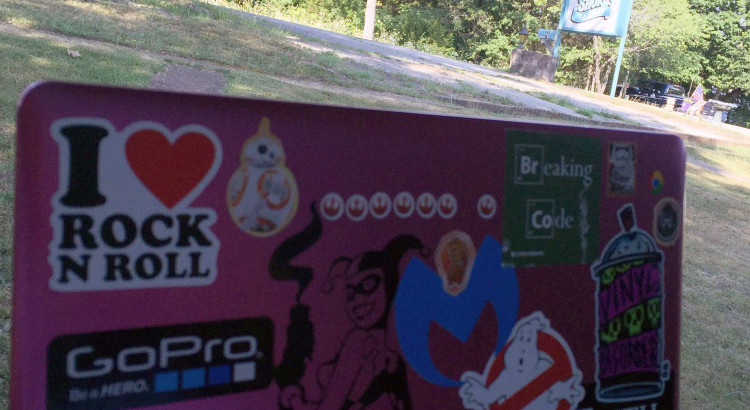 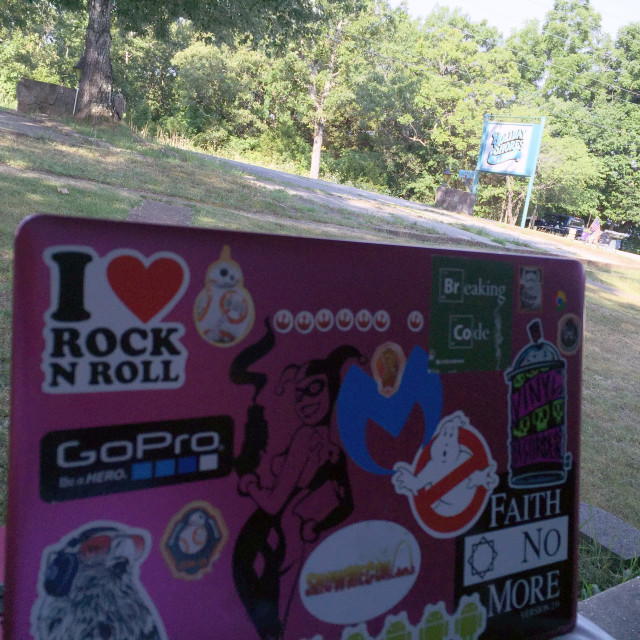 Ahh, vacation. The sounds of the birds, the trees blowing in the wind and all of that other nature-y stuff.

Wednesday was our first day on the lake. We left St. Louis at 7 am and made it down to Bull Shoals, Arkansas in record time. I think it might of had something to do with leaving on time and not making any unnecessary stops. I am not complaining. I would much rather get down to the lake as quickly as possible.

Getting the kids to stop bouncing off the walls the few days before we left for vacation was a challenge. So we used the lake as a bargaining chip against the kids so we could get them do various things. Such as quieting down, going to bed, eating the rest of their dinner. Stuff like that. It worked great, but now that we are here I can’t see us using that as a negotiation tactic again.

Anyways, the kids have been doing good on day one. We took them down to the docks and they swam all afternoon. We even took the kids out for a few rides on the jet ski/wet bike/sea-doo. Alex was loving the rides on the boats as well as the rides on the four wheeler from me and his uncle. Alex and his cousin are just about the same age and they both seem to be into these fast vehicles. They hope to get in just one more ride while I just hope my insurance rates won’t increase. 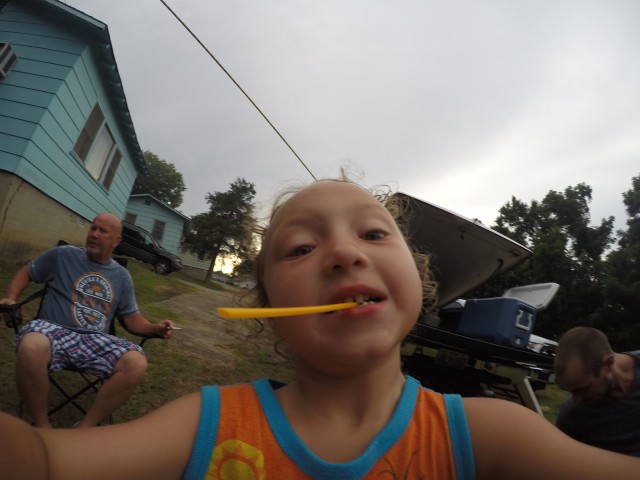 After some lake play we went back to our cabins and started playing around while we cooked dinner and drank some drinks. Being from St. Louis of course we are gonna have a few beers. Luckily for my wife, beer wasn’t the only thing flowing. Apparently, pickle shots are now a thing. While I am a fan of the classic spear pickle, they typically are not my first choice to mix a drink with. So the pickle juice was doing its thing for the adults, while the kids were having a grand ol’ time running around chasing balls and jumping on our various tubes we use for the lake. 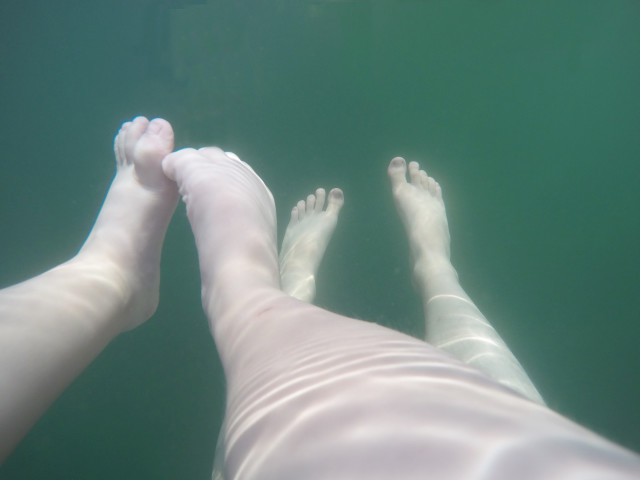 As dusk started creeping in I figured it was as good of a time as any to get the movie screen setup that I brought down. This 12 foot inflatable movie screen is intense. The directions say the screen size is about 12 feet. But I would suspect that the actual size of the entire thing is closer to sixteen feet. It’s enormous and very cool. I setup my projector and picked a movie for the kids to sit and relax and enjoy. Even a few of the adults were slipping away from their conversations to watch the movie for a few minutes.

The movie ended right around 10PM. I figured it too late to start another movie and also the pickle juice was flowing through practically everyone but the kids, so I enlisted some help and took down the screen and packed up all of the equipment. I managed to get the screen down in record time and got it all put away just fine. Now that the movie was cleaned up it was time to get the kids settled and in bed so they are well refreshed for day two. Our vacation posse had a few more drinks and by the time all was said and done we were crashing by about 1AM. What a day and night and we have just gotten started here!