Abby Doodles TV Show has been around for a few years and every so often we make a video and put it up there. Today we made a couple! Check them out below!

The Lemon Challenge. That was fun. We recorded that video back in April this year during the quarantine lock down. It was fun watching her face after biting into that lemon.

A classic video that might have never been added to Abby Doodles TV if today wasn’t such a rainy day. Featuring a few friends and one cute Abby Doodles

Here we have Abby Doodles and me making an unboxing video. We did our best.

One of my favorites from today’s addition. We built a snowman and then hopped on the sled and slid right into it. It was great.

If you want to see more, be sure to subscribe, like, and hit that notification bell! – Abby Doodles TV

Last weekend St. Louis Dad and family gotten an invite to see Sonic The Hedgehog before it was released to theaters nation wide today. In the simplest of terms, the movie was awesome! As a kid growing up with Sonic on Sega as well as the animated series, this movie brought back that fun and excitement of getting to know this blue devil all over again.

Stepping off on a rocky start with a crazy CGI design, the team behind Sonic took the Internet’s wisdom to heart and brought Sonic to life by making him look like… Sonic. Listening to fans was enough to already get me to the movie and seeing what was in store. This dad was not disappointed, and either was mom and the kids!

The movie is a lot of fun. It is action packed with lots of jokes and of course the incredible Jim Carrey.

Our two kids have even taken to their YouTube Channels to share their delight of how great Sonic was!

Of course once we got home, Sonic was in the air. Gotta run fast was the quote used for the remainder of the day, and as always snuck into our Valentine’s Day project as well!

Al decided for his first Valentine’s box for school, he was going to make the speedster himself!

SONIC THE HEDGEHOG is a live-action adventure comedy based on the global blockbuster videogame franchise from Sega that centers on the infamously brash bright blue hedgehog. The film follows the (mis)adventures of Sonic as he navigates the complexities of life on Earth with his newfound – human – best friend Tom Wachowski (James Marsden). Sonic and Tom join forces to try and stop the villainous Dr. Robotnik (Jim Carrey) from capturing Sonic and using his immense powers for world domination. The film also stars Tika Sumpter and Ben Schwartz as the voice of Sonic.

Welcome to Earth with Men in Black International! 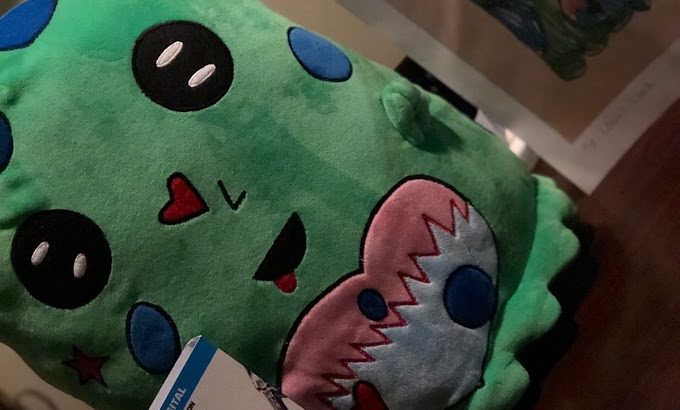 Sony Pictures has recently released the hit Men in Black International on Blu-Ray, DVD, and Digital and you can pick up your own copy today! We here at St. Louis Dad love all things aliens and so when Sony Pictures and Budsies reached out to help with a promotion for the upcoming release we could not pass up this awesome opportunity. 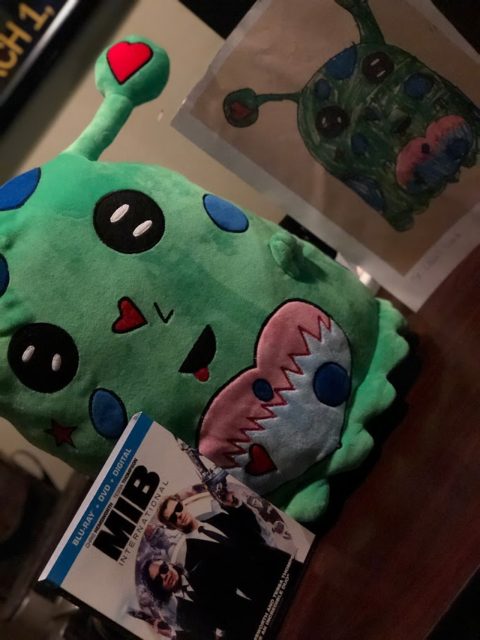 Our task was to create our own alien that would fit right into the Men in Black universe and then Budsies would take our drawing and turn it into a reality. Being the excellent delegate of the family I assigned the task of illustrating this creature to my favorite artist, my daughter! With her materials she went to work crafting an alien that represented her, our family, and of course the Men in Black!

In no time our master doodler had an alien worth bringing home to Earth to send over to the wonderful folks at Sony Pictures and Budsies. 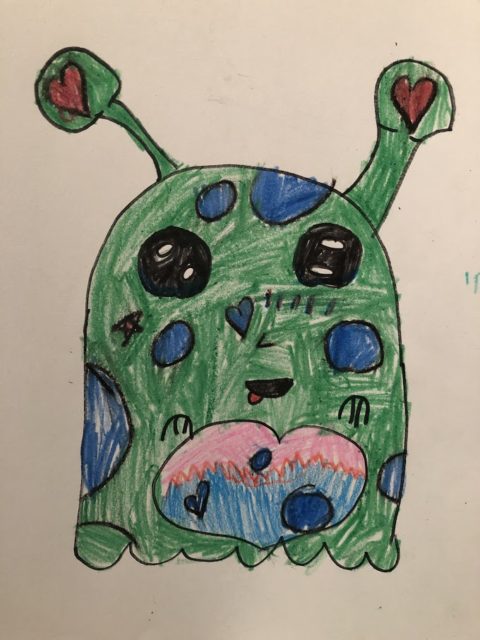 Here is Sillie The Alien! Sillie was created by my 8 year old daughter and she said that Sillie is a small, soft, friendly, green alien that floats around the dark side of the Earth’s Moon! Sillie has a big blue and pink heart that is separated by an EKG line that beats to the rhythm of Sillie’s favorite music! With big adorable black eyes Sillie is sure to steal hearts, and when Sillie is happy, big blue circles and hearts appear!

This drawing was submitted to Sony Pictures and Budsies and they immediately got to work on the alien creature! A few weeks later and there was a box on this dad’s doorstep with a very recognizable creature inside… it was Sillie The Alien!!! 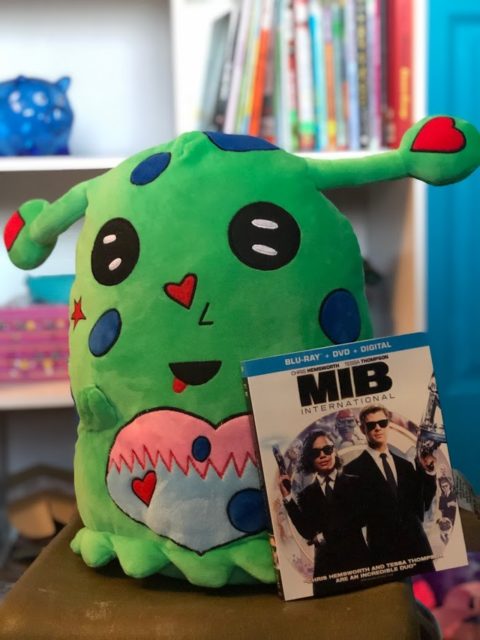 Grab a copy of MIB anywhere you grab your favorite movies and enjoy another amazing installment to the MIB universe! 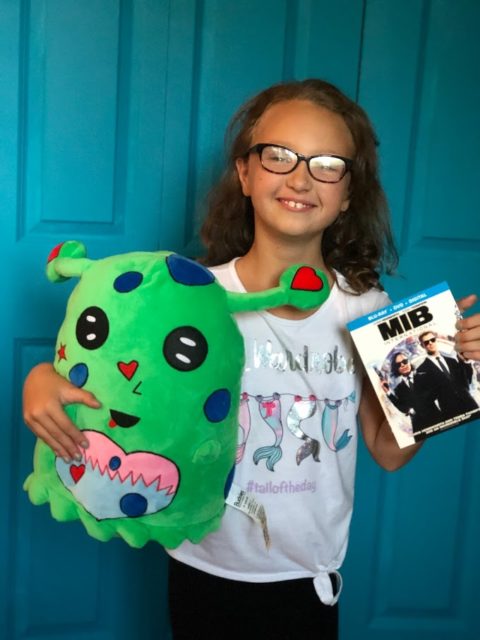 And if you want your very own alien creature… just head on over to Budsies and get started today! Act now to take advantage of their early bird discount for the holiday season that is quickly approaching!!!

Sony Pictures and Budsie provided this opportunity in exchange for social media postings to promote the new MIB blu-ray release!

Dad Tips to Keep Occupied During the Lockdown