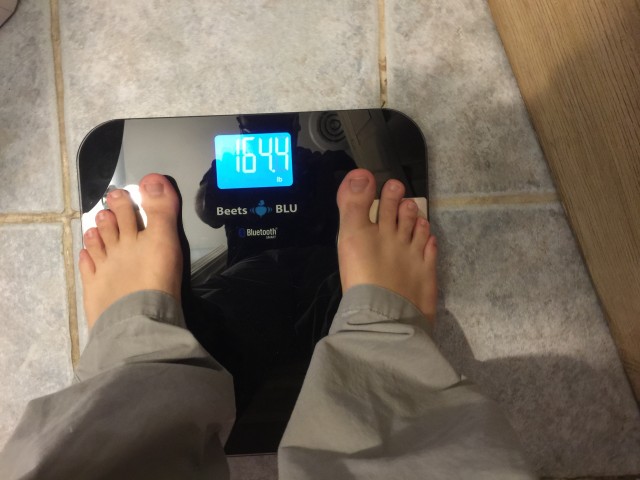 Beets Blu has once again offered one of their awesome devices up for review. This time around I have been checking out the Beets Blu bluetooth scale. At first look this scale is very sleek. It has a nice glassy shine to it and has a nice weight, so it doesn’t feel like it was cheaply made. The scale uses wireless technology to send data to your smartphone. The app I used with the scale is called Beets Blu Smart Scale and is a free download in the iTunes and Android store. The app has the ability to sync the data collected with the included iOS health app. This is nice if you also the health app to track various things such as weight and BMI.

Once I had the scale out of the box I got out the instructions and made sure I knew what to do. Evidently, for best results you will want to take off your shoes AND socks. There are metal sensors that help take measurements that arn’t just about your weight. It is also recommend to have the scale on a hard surface. It says it in the instructions but I didn’t pay attention and gained 30 extra pounds by weighing myself on the carpet as opposed to on a hard floor. 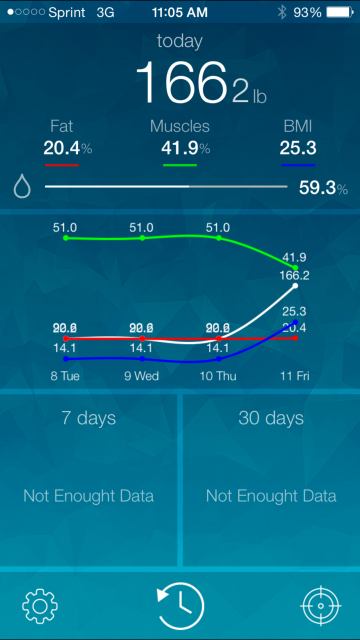 Getting data is an important part to maintaining a healthy diet. Beets Blu wireless scale is the perfect tool for the toolbox in measuring weight, BMI, and wirelessly sending that data to your smartphone for unlimited record keeping. Be careful not to let anyone else stand on the scale when you have your smartphone with the app opened up. My daughter stood on it while right after me and added some skewed results to my data. So if my graph looks a little funny that would be why. I do not have enough data to really get a good idea of my weight loss progress but you can get a good idea from the image on the left.

The scale itself can support up to 330 pounds! So many do not have to worry about breaking the device if they are heavier. If you are serious about losing weight or maintaining your current level this device is totally worth a look.

Note: St. Louis Dad was provided a complimentary scale from BeetsBlu in exchange for this honest review.