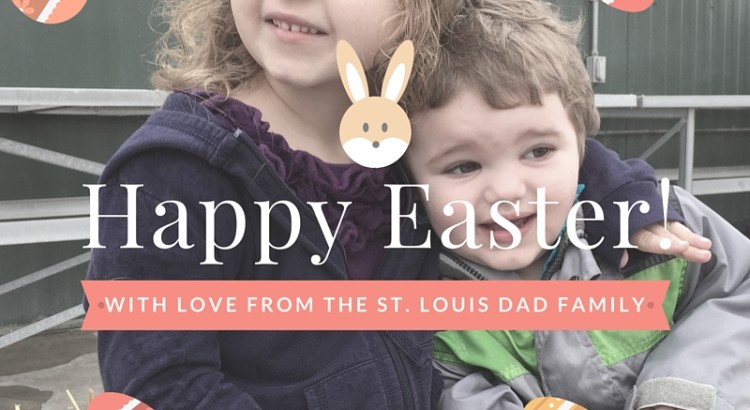 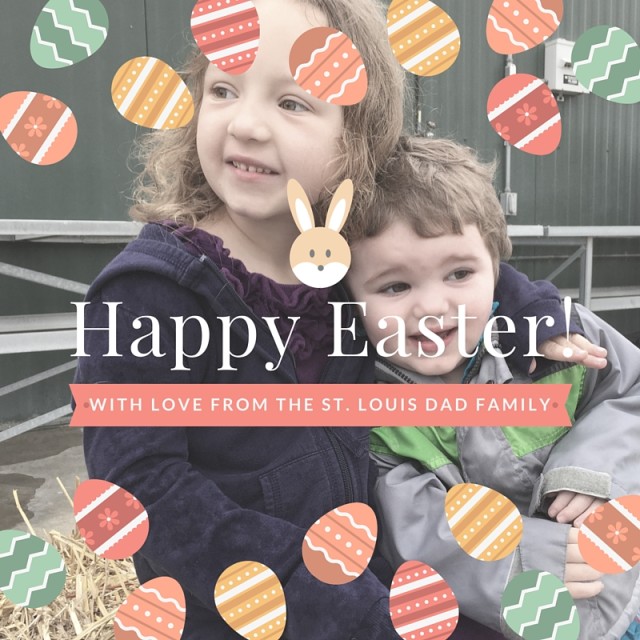 Today turned out to be an awesome day. Forget the fact that it’s day light savings time and I just lost an hour of sleep. “Spring ahead!” they say… I say ba-humbug to DST. I must also mention that it was raining all morning causing us to be late to Eckert’s. Fast cars and wet roads might be manageable, but with two kids in the back ready for egg hunting. We needed to take it easy on the roads. Things quickly turned around once we arrived in Belleville, Illinois at Eckert’s Farm. It was still sprinkling when we were checking into Eckert’s Easter Egg-Citement event. We figured we completely missed out on the egg-hunt but were surprised to hear that we could participate in the 11 a.m. hunt. Apparently the rain was really coming down during the 10 a.m. hunt, so I guess we kinda got lucky. 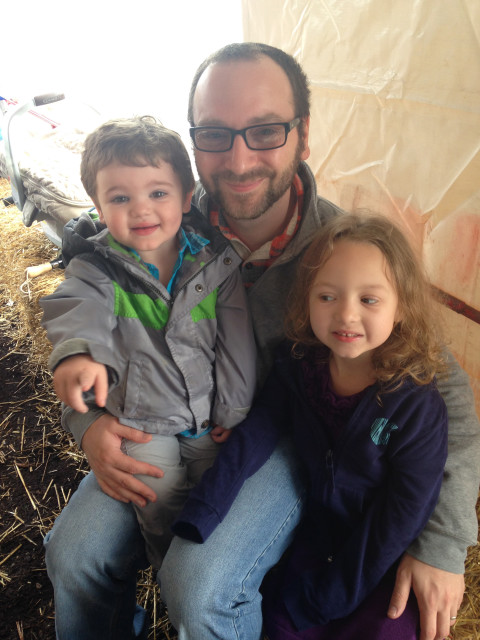 Since it was still slightly raining we went over to Eckert’s store to check out the activities that were setup for the kids, but first we had to stop by and see the cutest baby animals ever. Abby and Alex got to see some baby ducklings, baby chicks, and some bunnies! Abby had a little more courage than Alex and sort of held them. Alex really didn’t want them near him, but he liked looking. My wife was asking for one of each. I don’t think we have the room.

After we played with the animals we headed on over to the Eckert’s store. The first thing we noticed was that there were not one but THREE different Easter bunnies there. Two white and one grey. They were taking pictures with all of the kids in a few different areas of the store.

The first station we stopped at had these awesome little balls of soil that kids could plant a bean seed and take home to watch grow. My daughter was very excited to plant her bean. I’m not sure she realizes that it’s a vegetable and not a flower. There was also a station where you could color your own lunch bag. These were sort of like your normal brown lunch bags but a lot cooler. They have a nice seam and a picture that kids can color. Definitely kept my kids busy for 10 minutes.

There was also face painting and cookie icing. You can also check out the store and pick up some goodies to take home, like some delicious apple butter. Mmmm, apple butter, more about that later. 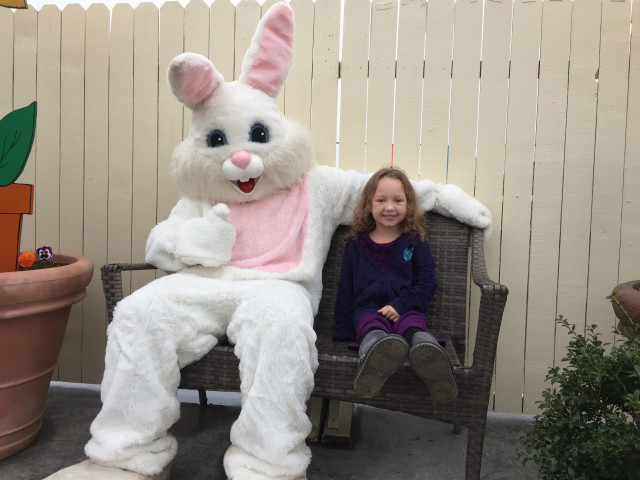 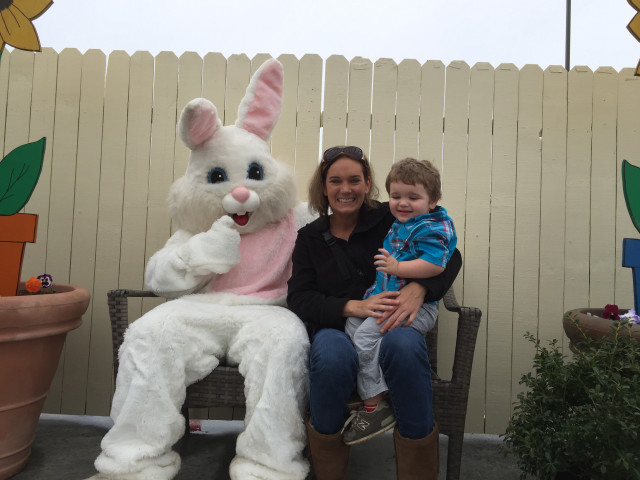 We had to make a visit with the Easter Bunny. My daughter Abby impresses me more each day and ran right up to him and gave him a hug and got a picture. Alex really didn’t want anything to do with the bunny, so mommy had to get in the picture too. My wife wanted me to mention that her hair was crazy because of the rain. I can agree, it was a little crazy looking. Sorry!

By now it had stopped raining completely and it was time to get ready for the next round of egg hunting. We scurried on over to the designated egg hunting grounds and waited for the countdown to begin. The rules were pretty simple. They have three sections marked off for three separate age groups. 0-2, 3-5, and 6-something. My oldest is five so I don’t remember what the next age group was. Each kid was limited to finding 12 eggs each so it would be fair for everyone. Abby gave me the Robert Deniro look when I told her this but she was a good sport and only grabbed twelve eggs. After the hunt we decided to grab a bite to eat at Eckert’s Restaurant but first the kids needed a little cleaning up from their muddy egg-cursion. 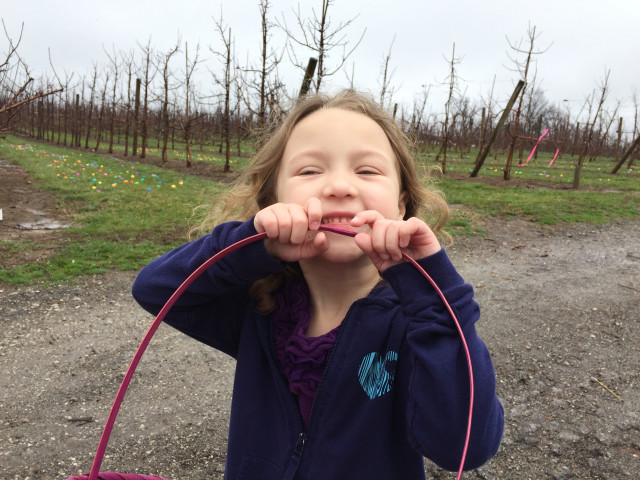 Back at the car we changed the kid’s clothes into something a little less muddy and wet, and a little more clean and dry. It’s always a good idea to pack an extra outfit for your kids if they are known to get dirty. Abby wasn’t as bad as Alex. He is like a magnet to muddy puddles. Abby likes them too but she can show control when mom and dad say no. Alex is just showing off and having a good time. I can’t blame him. I would be doing the same thing.

After cleanup we headed on over to the restaurant. I had never been to Eckert’s before so I wasn’t exactly sure what to expect in terms of menu items. I thought it was very cool that there was a little corner for kids to play with some toys while we waited for a table. The wait wasn’t long at all and we were seated and got our order in the kitchen in no time. You get a nice supply of these tasty biscuits and apple butter. The apple butter is so delicious, you really don’t even need the biscuit. Definitely pick some up if you’re there.

Our meal was very tasty and neither child made a fuss about eating all of their food. Which is a really good thing for us. All of that fun really worked up an appetite. After we finished eating it was time to load up the kids and head back home. Alex fell asleep in the car and Abby serenaded us with her best rendition of Justin Beiber’s Sorry.

Does Eckert’s Easter Egg-Citement Event sound like a fun time to you? Believe me, if we had this much fun while it was rainy and wet, imagine how awesome it would be if it was sunny! Get your tickets today!

Eckert’s provided St. Louis Dad with complimentary Easter Egg-Citement tickets and a gift card for the Eckert’s Country Store and Restaurant in exchange for an honest review and social media postings about the event. Follow Eckert’s on Twitter, Facebook, and Pinterest.

Wanna see a video of some of what we did today? Watch below! Music by St. Louis Dad / Missouri Mobile Productions.