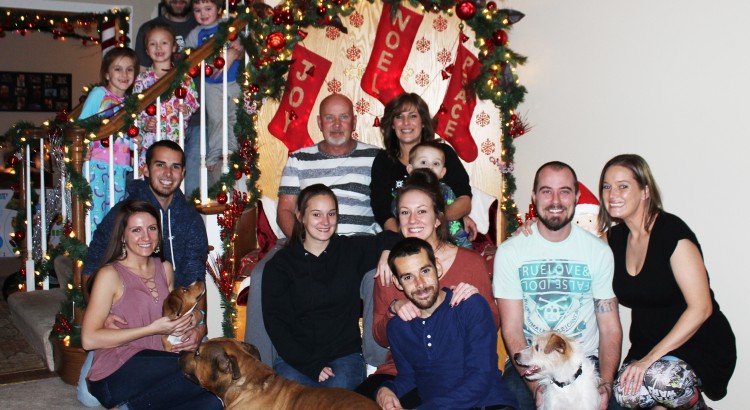 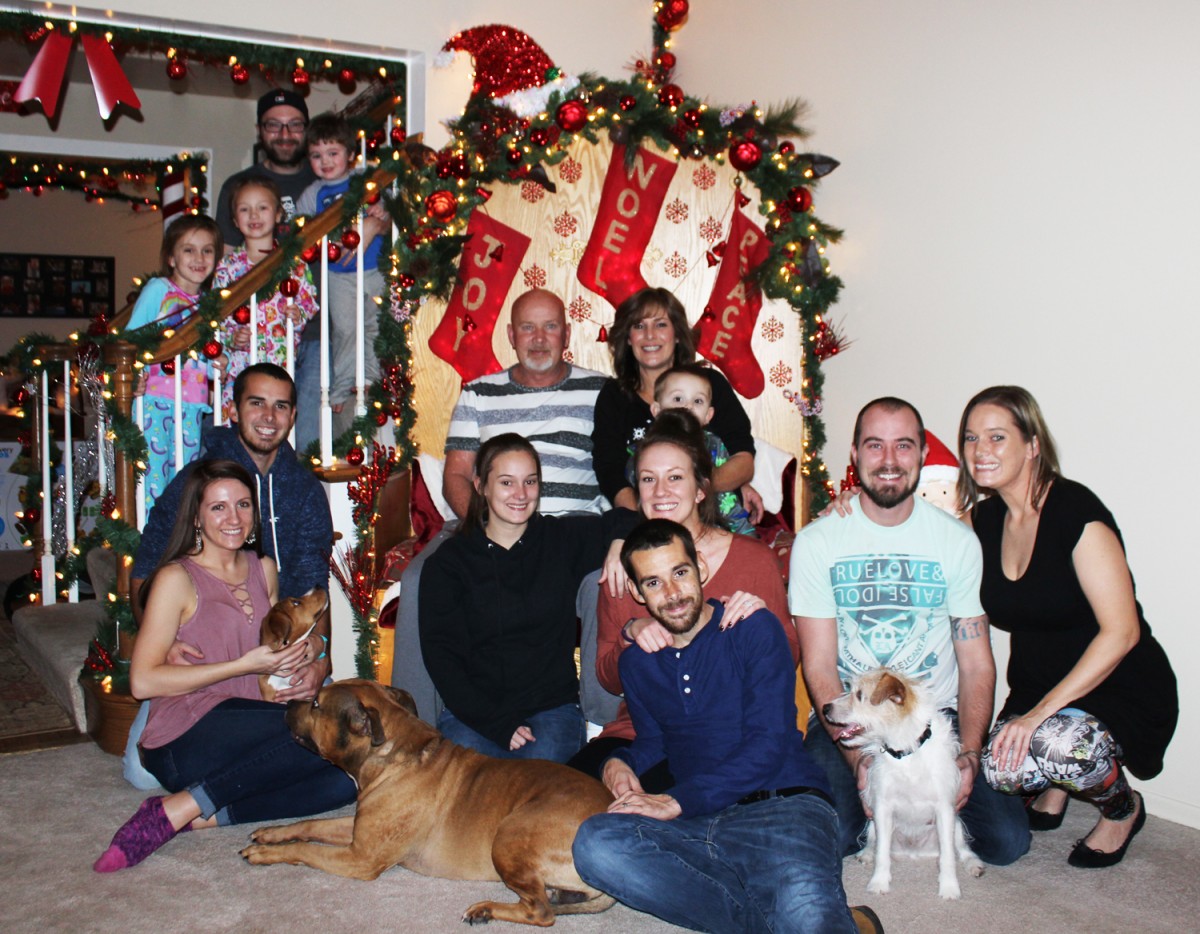 2016 is very close to leaving us behind. Which I can’t say is a bad thing. 2016 has been a wild ride for many through-out the world. There were a few moments in 2016 that I could have done without but then again, how might I have grown differently had those moments never happened?

I think about things like that a lot. The big what if. What if this, what if that. What if 2016 never had happened? Would 2017 be the year we lose Princess Leia and David Bowie? Doubtful since things really don’t work that way, but it’s still interesting to think about.

So what’s the point of this post? Well, to be honest, there really isn’t a point. A lot of my written stuff never tries to make a point, but if you’re looking for a reason behind this post, it’s more of a recap and what’s to come from this blog in the future. 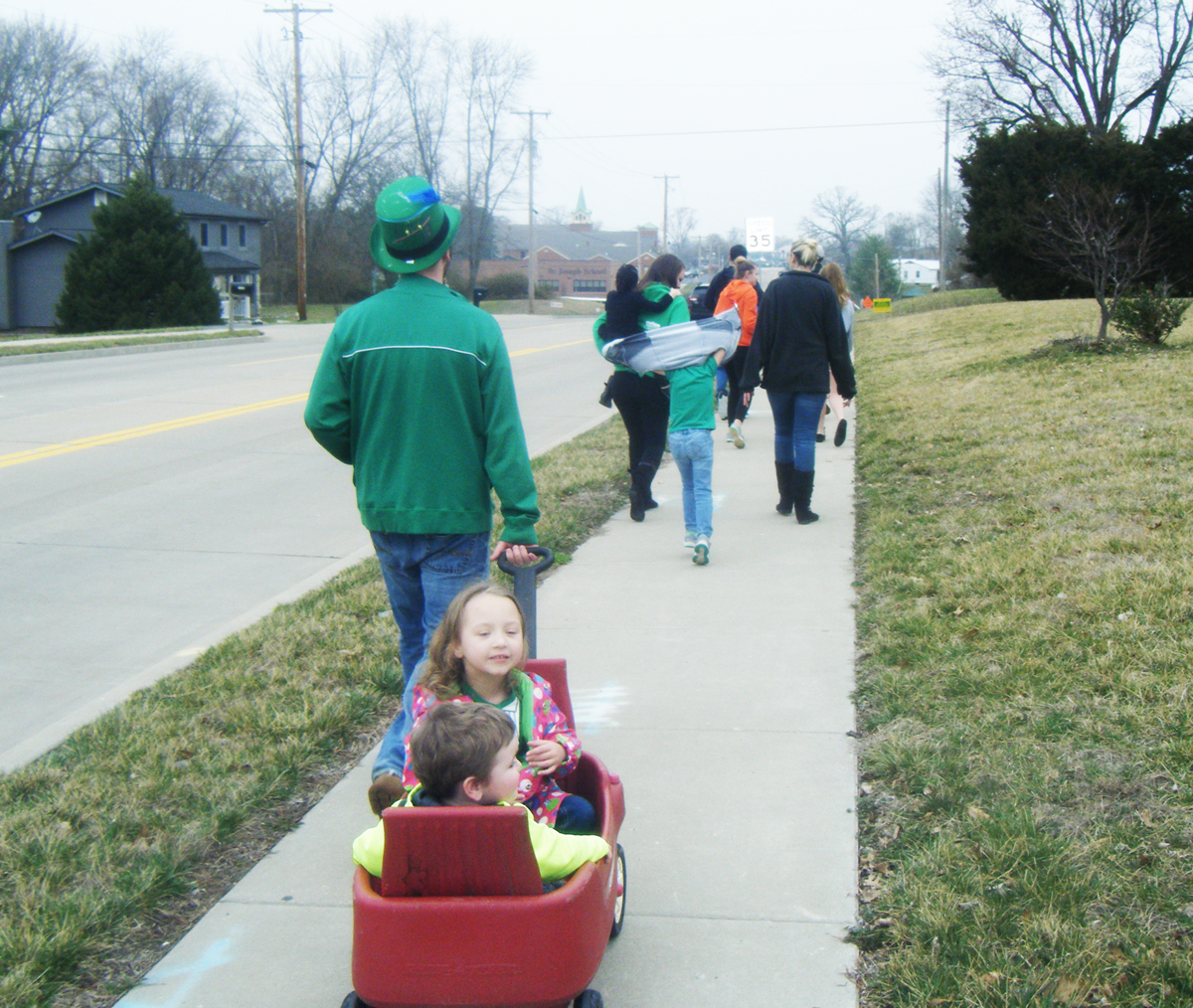 Over this past year I have been lucky enough to work with some fantastic brands. I have also gone to some great events and I could not be thankful enough to all that I have worked with this past year. My goal for 2017 is to keep creating entertaining content and to keep the St. Louis Dad website going strong for the foreseeable future. There are some things that I may have done differently but all in all I am excited for the upcoming year and finding out what’s next. 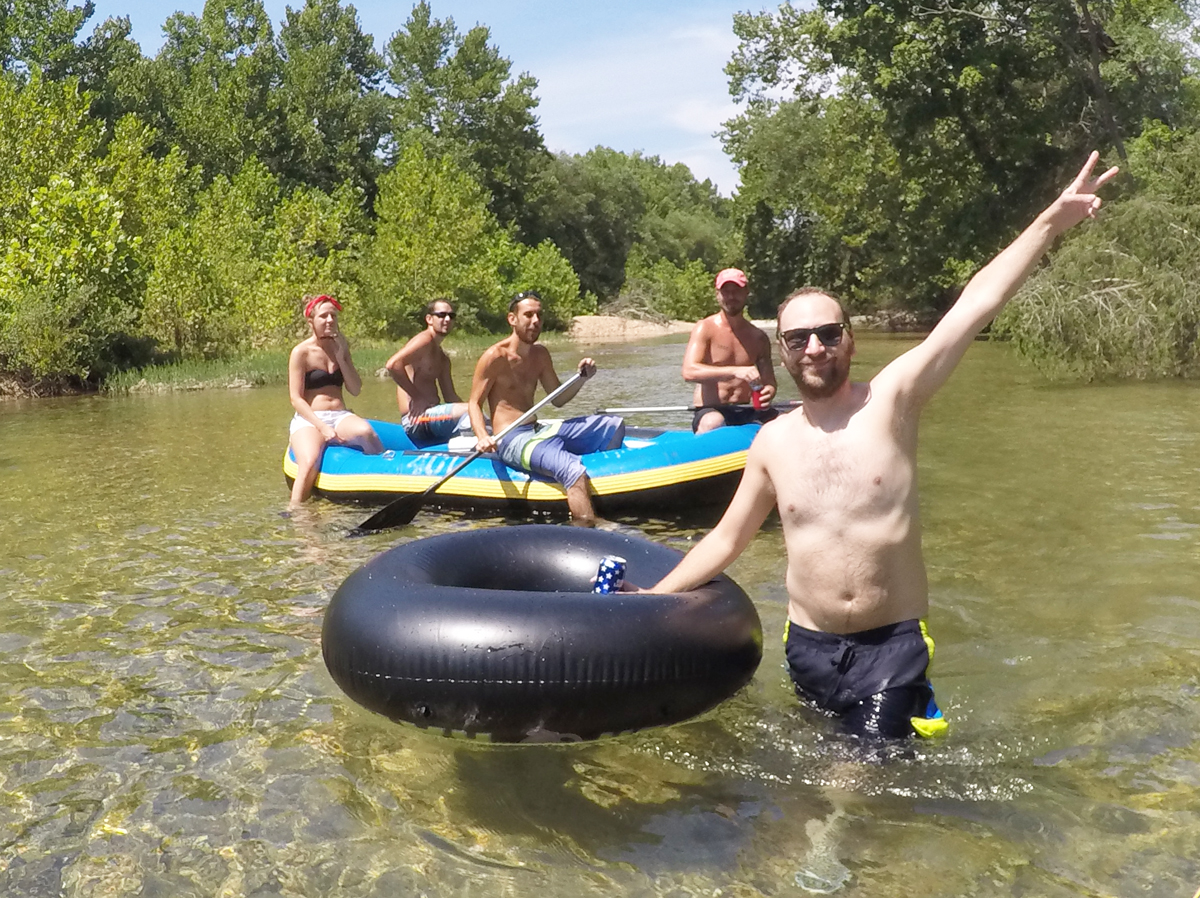 Looking back I did do some pretty cool stuff this past year. I got to attend an awesome NCAA basketball game with my best friend (my wife), I went to Eckert’s a couple of times, reviewed toys and quite a few gadgets. Vacations and birthdays and much more all was scattered through-out 2016. I even released several instrumental downloads for free! My biggest disappointment for 2016 was that I did not create a 1 Second Everyday video like I did in 2014 & 2015. I started but then just stopped. I didn’t have the drive to create like I did last year and now that the year is coming to an end I kind of wish I did. Oh well, I still have plenty of memories to enjoy. 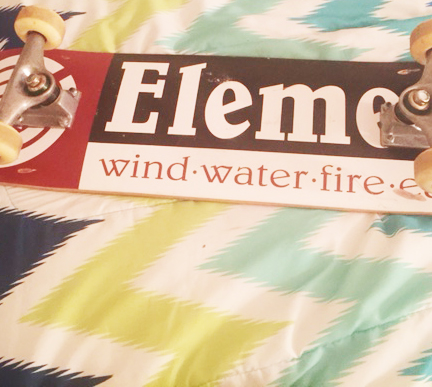 2017 may also see the end of a project that I have had going since 2009. That would be my Teenage Mutant Ninja Turtle database of information over at MutantOoze.org. I still haven’t figured out if the end is near or if I want to let it ride for another year but I need to figure out what I want to do with the site. It has been sitting stale for the last year and I’d hate to see it go away but who knows. Maybe I can figure out something to do with it soon enough.

My most ambitious adventure in 2017 will be me taking up skateboarding. I have skated in my younger years but I haven’t been on a board in probably 15 years. I picked one up off of Craigslist a few weeks ago and once the weather gets a little nicer I will be breaking ankles and busting my elbows in no time. It’s probably a horrible idea to start skateboarding at 33 but I don’t care, it should be fun. 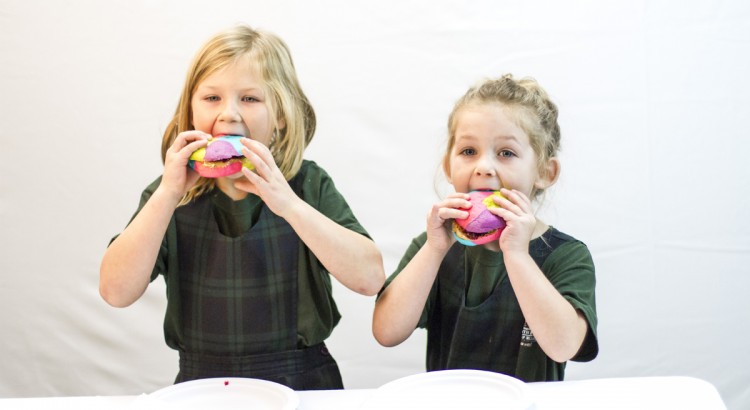 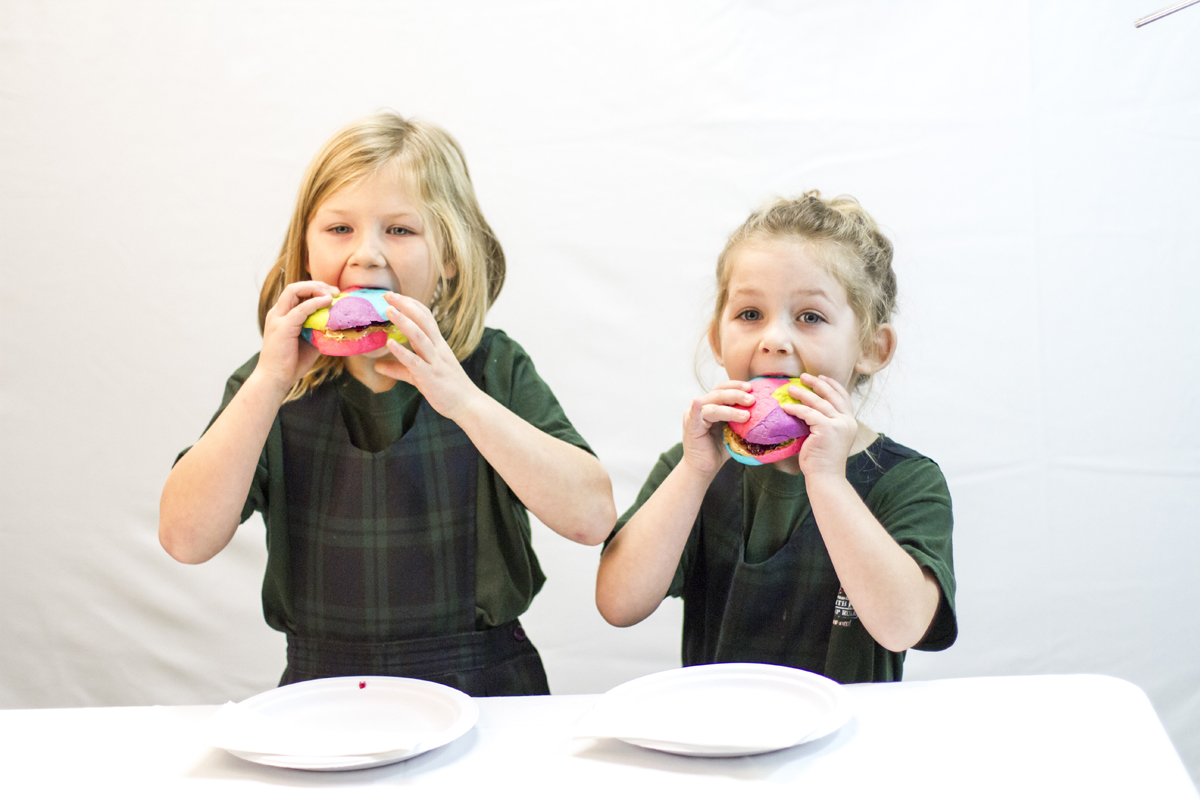 Now that the majority of the presents have been unwrapped and you’re sitting cozy scrolling and swiping through your phone while the kids are playing with their new toys and gadgets why not think about some lunch for tomorrow. Goodcents sent me a message the other day letting me know that on December 26th they are launching a new rainbow bread for kids! And to celebrate they are offering $1 kids’ meals with all proceeds going to No Kid Hungry! This is for one day only so for a creative, fresh new meal head over to Goodcents

Rainbow Bread is a brand new recipe developed by Goodcents, which features brightly-colored blue, green, purple and pink bread in a bun that tastes like its traditional white bread.

The sandwiches come in three options: Turkey and Cheese; Ham and Cheese; and Peanut Butter and Jelly. The meals are served with a choice of apple slices, cookie, or chips and a kid’s drink including milk, juice or a small fountain drink.

“We wanted to create something unique that delivers a fun new experience for kids that makes them smile,” said Scott Ford, president of Goodcents Deli Fresh Subs. “The initial response in our taste testing has been incredible, and we can’t wait to see the response from kids and families throughout all of our restaurants.” 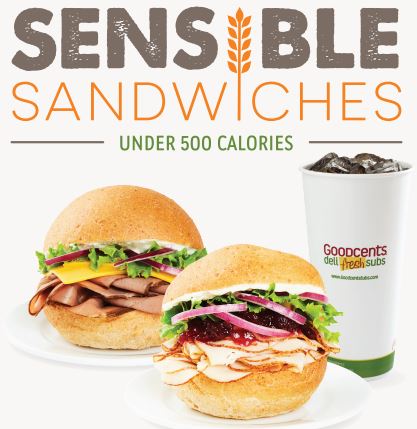 Goodcents is also launching their new Sensible Subs on Monday as well. These are some very tasty subs that are under 500 calories on a new sprouted whole grain bread! There are six subs on the Sensible Subs menu and they all look mighty tasty.

To find the closest Goodcents Deli Fresh Subs near you, visit www.goodcentssubs.com.

Want to win a $40 Goodcents gift card? Enter below by doing just one option from the list, or increase your chances by doing them all! Winner must respond within 24 hours of notification. If winner does not respond another winner will be selected.

Goodcents provided St. Louis Dad with this product as compensation in exchange for an honest review. Goodcents is also providing the gift card for the giveaway. Visit Goodcentssubs.com to learn more about Goodcents.

Take a Trip Down the Yellowbrick Road with St. Louis Dad! 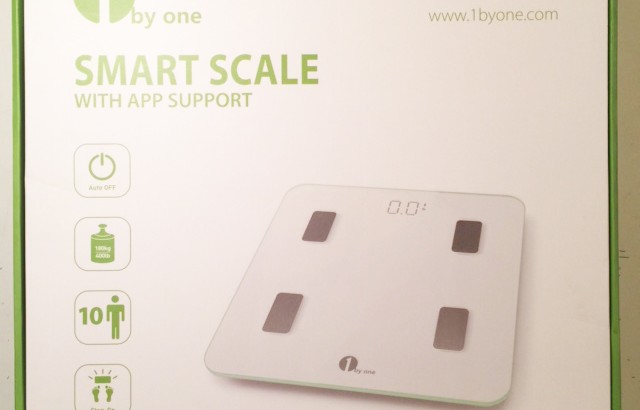 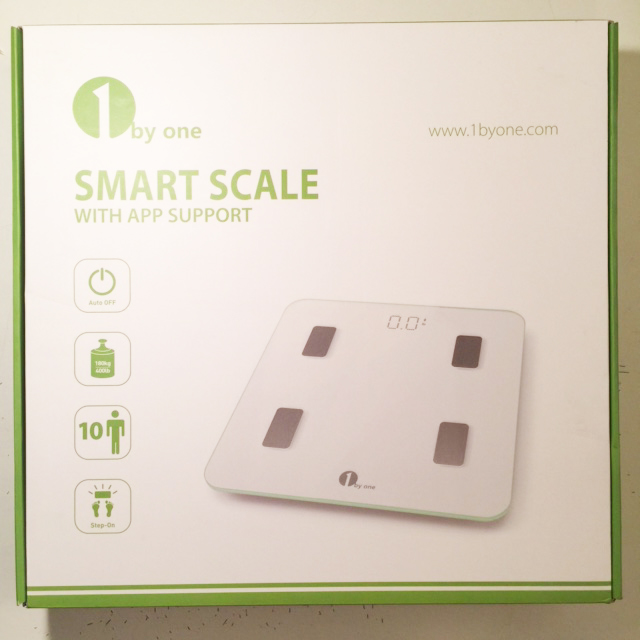 Well, I’m getting older and when you get older there are things that you take for granted when you were younger that matter much more as you age. 1byOne has done it again with their fantastic scale. This particular device has many cool features that can assist greatly with tracking your wellness.

Once the scale arrived I opened it up out of it’s nicely designed package and popped in the batteries. That is always a plus, including batteries. There have been plenty of times where I have purchased something not realizing I needed batteries to go with it. So I am thankful for 1byOne including the batteries needed to get this scale going after opening up the box. Before powering on the scale I wanted to make sure I grabbed the free 1byOne Wellness app (https://itunes.apple.com/us/app/1byone-wellness/id1111572433?mt=8). Once everything was downloaded and connected I gave the scale a try.

After just a few seconds from stepping on the scale it was already sending data to my phone for me to check out. It is incredible to see how fast this can track your health. It is literally just a few seconds and you are done. The ability to track this information over a period of time will benefit so many trying to get back into shape after this holiday season. Let’s face it, 2016 was a rough year so anything we can use to help kick up the pace and keep us on track to lead healthier lives is a plus in my book. 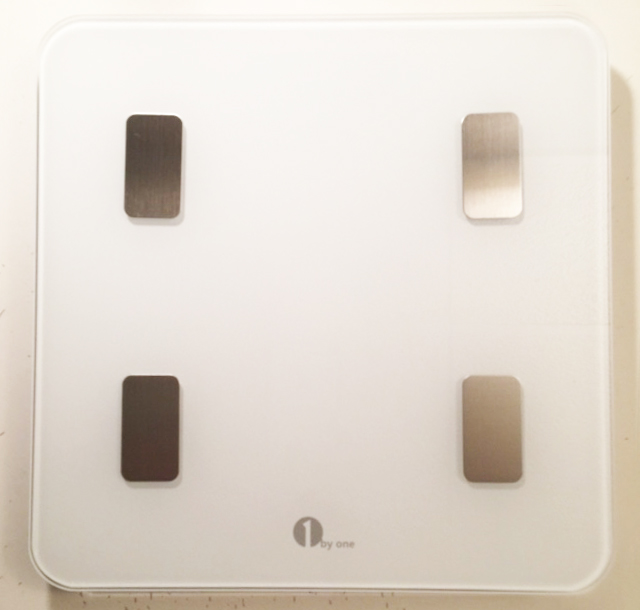 If you are in the market for a new scale I would recommend giving 1byOne a shot. Their digital smart scale is the perfect accessory for anyone trying to manage their wellness. Check it out over on 1byOne’s website and/or pick yours up from Amazon today!

Be sure to follow all of 1byOne’s social media accounts to stay up to date on their latest product offerings as well as other cool info! 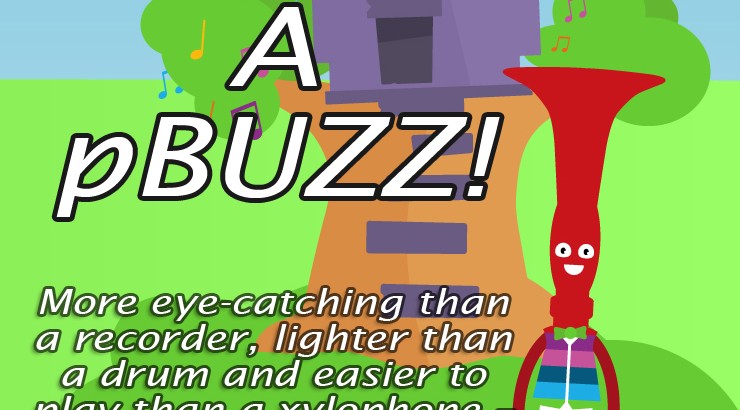 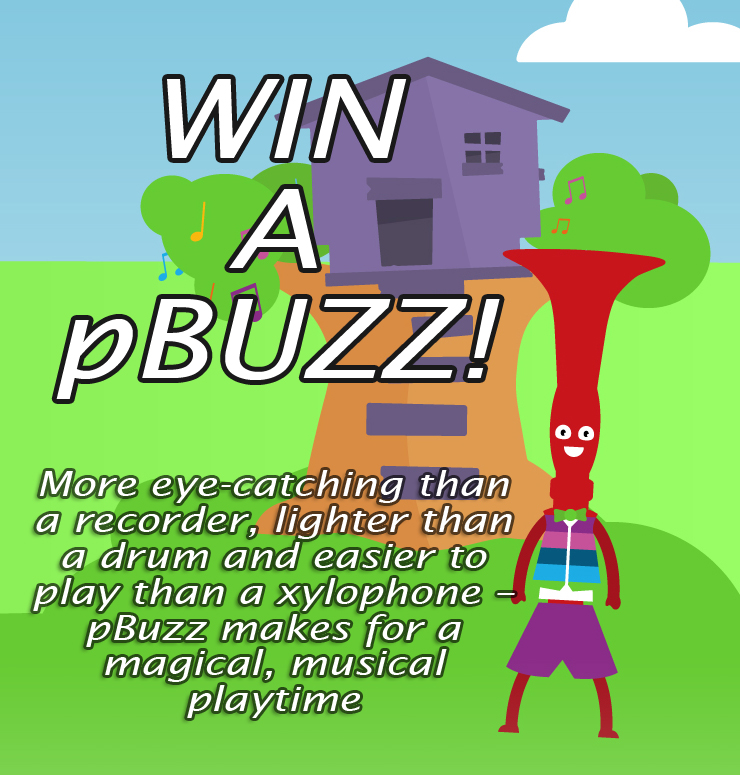 That’s right! You can win your very own pBuzz musical instrument! You have three opportunities to win. All you have to do is like pBuzz on Facebook for 1 entry, follow pBuzz on Twitter for another chance, and follow St. Louis Dad for your third chance to win!

Use the entry form below for your chance to win! Giveaway starts December 18th and ends December 31st!

Be sure to leave a comment below letting me know you have entered!

Make Your Walls Pop with this CanvasPop Giveaway!

The First Step On A Musical Journey